Just You Strasbourg to Budapest
Enquire for Huge Savings 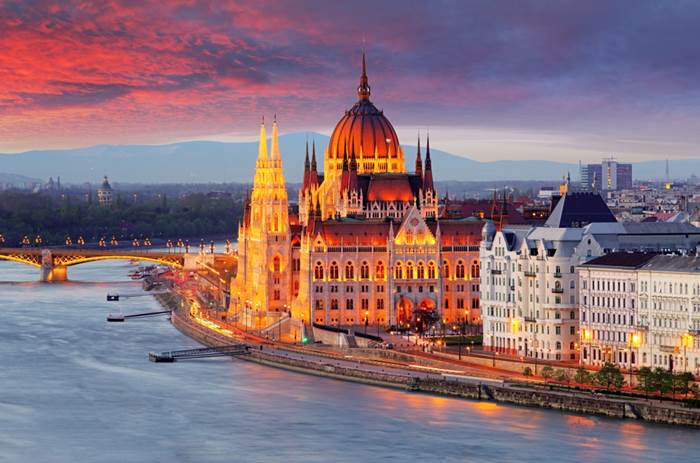 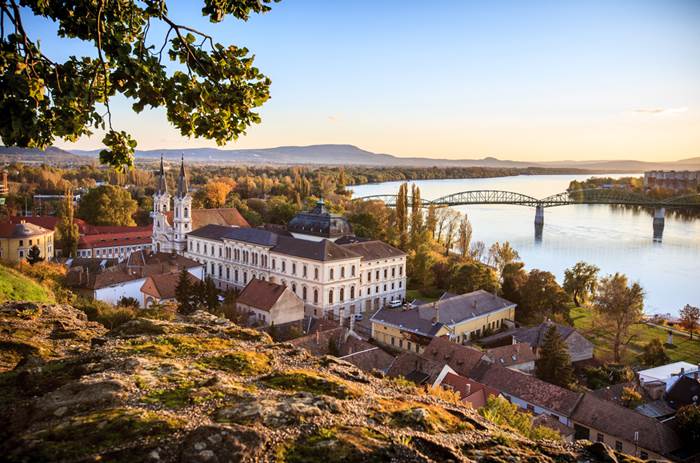 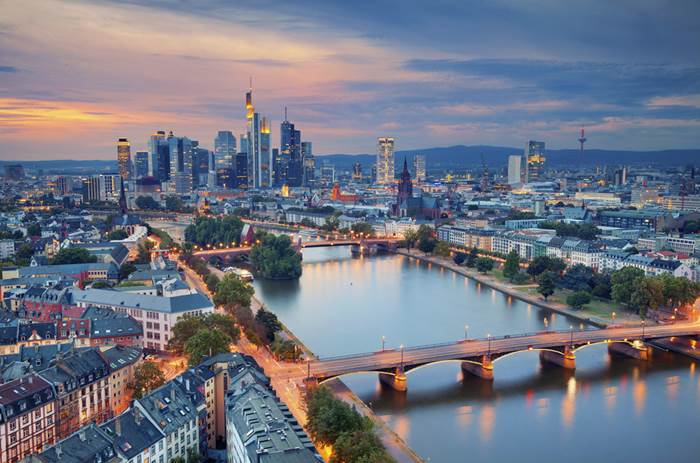 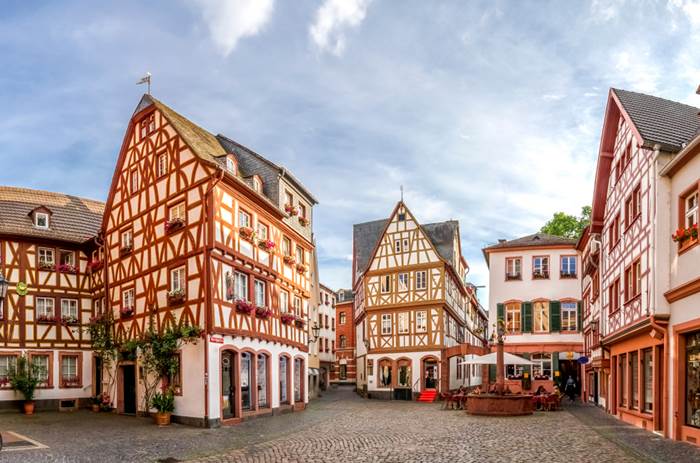 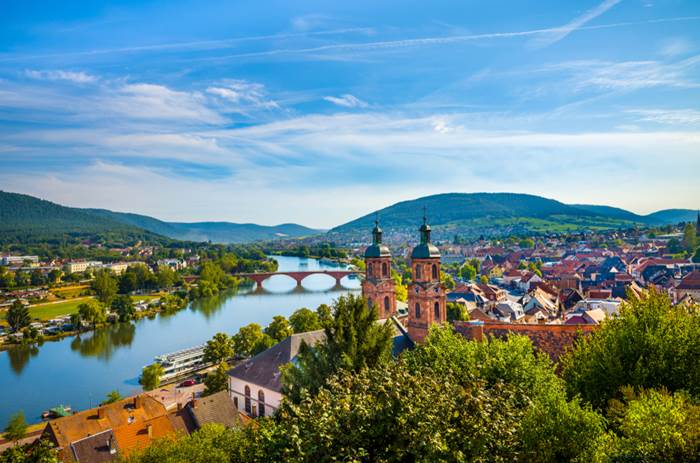 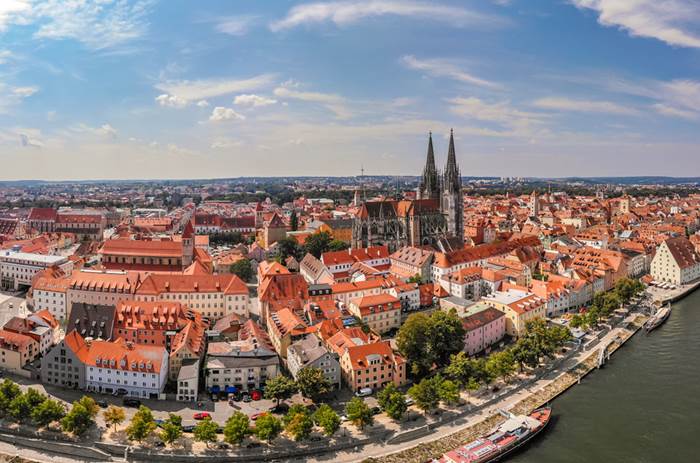 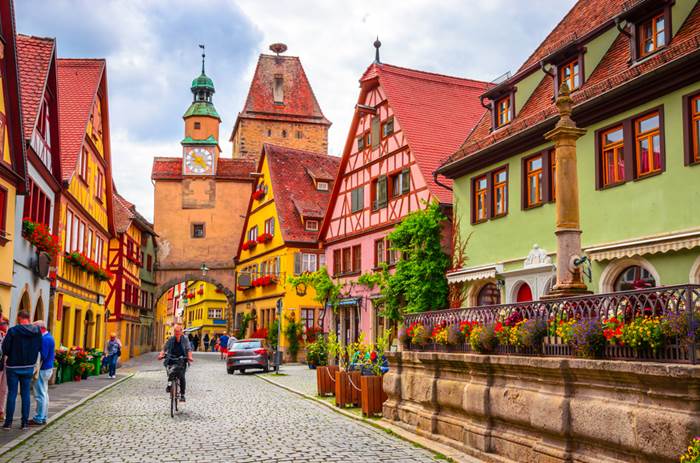 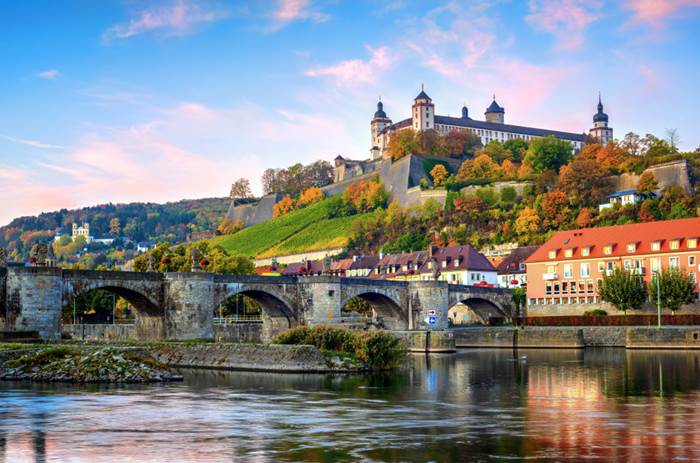 Enjoy this unique river cruise sailing along three rivers and passing through several countries, where you will uncover some of Europe's most iconic cities and beautiful landscapes. There are plenty of optional excursions to embark on, including tours of Frankfurt, Esztergom, and the UNESCO World Heritage Site of Würzburg.

Today you will fly to Strasbourg, where you will embark your river cruiser. After time to settle in, you will meet the captain and crew at a cocktail reception before dinner. Tonight, we will cruise to Mainz.

This morning we'll arrive early in Mainz. The city lies at the confluence of the Rhine and the Main and is a perfect blend of past and present. An optional sightseeing tour will introduce you to its highlights, which include a 1,000-year-old cathedral. Later we'll return to the ship and cruise towards Frankfurt. This dynamic city boasts an impressive skyline of glimmering skyscrapers and we'll take in the sights on an optional afternoon tour.

We'll stop off in Miltenberg early this morning, an old walled town built on a slope beneath a fine castle. Here, you can enjoy some free time to step ashore and discover its main street and market place, both lined with beautiful half-timbered houses. After lunch on board, you can relax as we sail to Wertheim. The ship will dock here overnight, so there's plenty of time to make your own discoveries in this picturesque medieval town.

After breakfast you can sit back and admire the view as the ship sails towards Karlstad. From here you can opt to take a coach to Würzburg, home to one of Europe's finest baroque palaces, the Würzburg Residence. This former home of the prince-bishops was built during the 18th century and badly damaged during the Second World War. In recent years it has undergone careful restoration and is now listed as a UNESCO World Heritage Site. You'll re-join the ship later this afternoon, and as we sail to Kitzingen there's an evening of onboard entertainment to look forward to.

Today you'll cruise to Volkach, and from here our optional excursion takes us to Rothenburg, a magnificent walled town which overlooks the river from a hillside setting. With its narrow streets, half-timbered houses and craftsmen's workshops, this charming medieval town is said to be one of the most beautiful in the area. During our visit to Rothenburg, the ship will sail to Schweinfurt, where we'll re-join it and continue on to Bamberg.

Relax on board this morning as the ship cruises the Rhine-Main-Danube Canal, which opened in September 1992. After a leisurely lunch on board, you will arrive in the Bavarian city of Nuremberg. Our optional sightseeing excursion begins with a tour of highlights outside the city walls and then we'll make our way to Marktplatz – the city's historic central square. Your explorations continue on foot and we'll see the gorgeous Schöner Brunnen fountain and beautiful Frauenkirche, a Gothic church. We'll also make a stop to taste Lebkuchen, the city's famous gingerbread.

Today, join us on an optional excursion for both packages: a visit of Regensburg town, which is the fourth biggest in Bavaria and a major industrial hub with multinational corporations such as BMW, Siemens and Toshiba operating here. The historic Old Town retains much of its original charm, and as you explore its atmospheric little lanes, you'll see churches, monasteries and a 12th century bridge spanning the River Danube. In the meantime, the ship cruises on to join us in Regensburg.

Take in the scenery as the ship sails towards Passau on the Austrian border. The city is located at the meeting point of the Danube, the Inn and the Ilz Rivers and when we arrive, you will be free to explore at your own pace. The city's old quarter is home to St Stephan's Cathedral, which houses the world's largest church organ, and its baroque buildings and narrow romantic streets are unforgettable. Return to the ship and sail through the attractive region of Engelhartszell. There will be entertainment onboard this evening.

This morning we'll cruise to Melk, where you can join an optional visit to Melk Abbey, perched on a rocky outcrop overlooking the Danube and one of the finest examples of Austrian baroque architecture. We'll return to the ship and sail on to Dürnstein, arriving there for lunch around noon. Enjoy some free time to explore this picturesque village and its baroque church, which is the most famous in the Wachau region thanks to the legend of King Richard the Lion Heart.

If you have chosen the Explorer package, today you will begin your optional tour of Vienna by taking the famous Ring Tram. These quaint yellow trams circle Vienna's Ringstrasse boulevard, passing the city's most important sights to reach Schönbrunn Palace. This tram system was one of the personal projects of Emperor Franz Joseph and allows you to admire an architectural showcase of the old Austro-Hungarian monarchy including the State Opera, Hofburg Palace, the Natural History Museum, the City Hall and the Burgtheater. When you arrive at Schönbrunn Palace, you will be guided through the numerous rooms of the Habsburgs' summer residence, which bear witness to the splendour of the court at the time of Maria Theresa, the only female ruler of the Habsburg dominions. You will also have some time to wander through the Palace gardens.

This morning we'll arrive in the town of Esztergom, where you'll have time to explore independently. The largest church in Hungary overlooks the town and is an incredible sight with its impressive 72-metre-high dome.

The ship sets sail again around lunchtime and arrives in Budapest mid-afternoon. The capital of Hungary is one of Europe's most attractive cities and you'll have some time to make your own discoveries. After dinner this evening we'll take an optional tour of Budapest by night.

Divided into two parts by the Danube, Budapest is made up of historic Buda on one side of the river and modern Pest on the other, and on today's optional excursions you will see many of its fascinating attractions.

After breakfast, we'll disembark the ship and transfer to the airport for our flight back to the UK

Facilities on board MS L''Europe include a lounge-bar with dance floor, bar, dining room, large sun deck and gift shop. All cabins have private facilities including shower, air-conditioning/heating, satellite TV, hairdryer and safe.