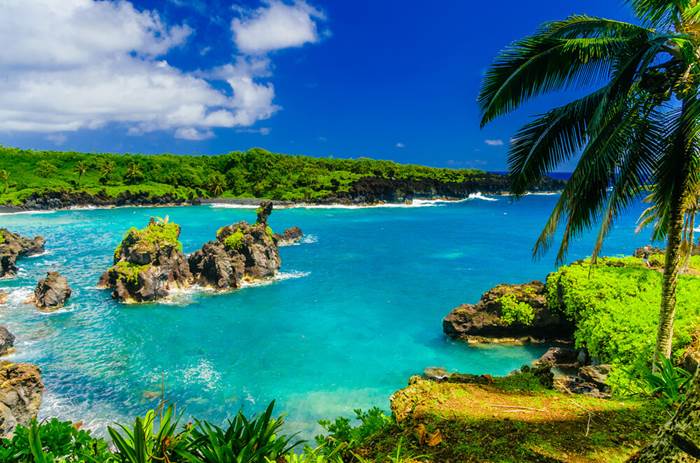 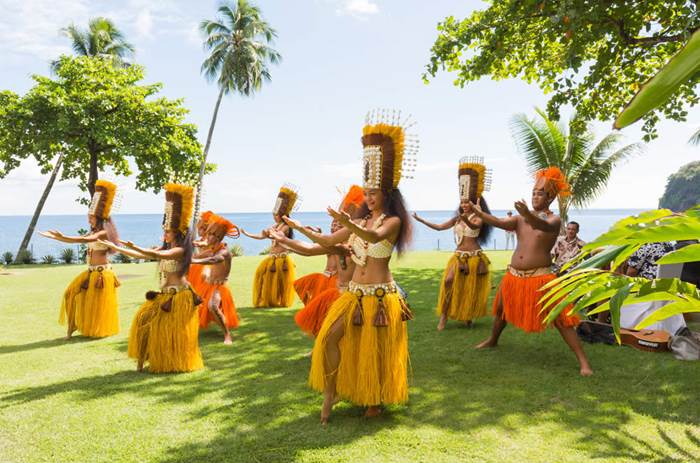 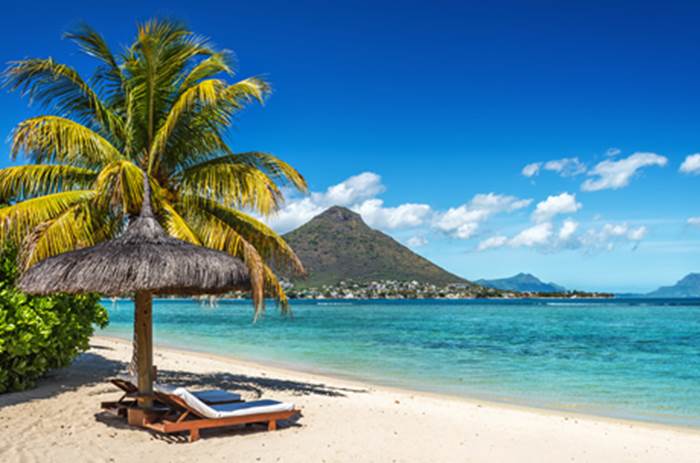 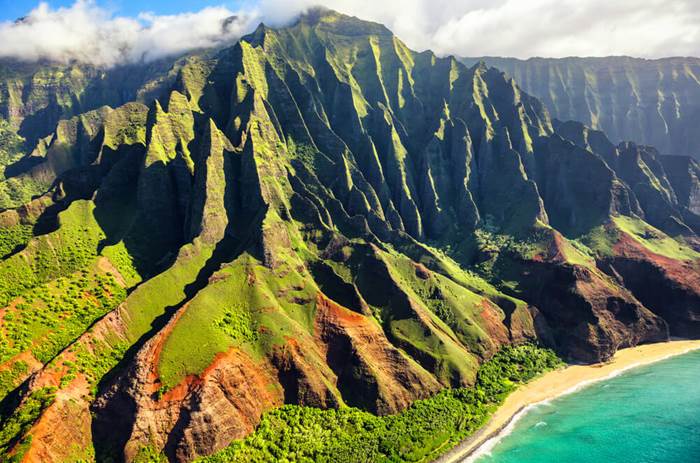 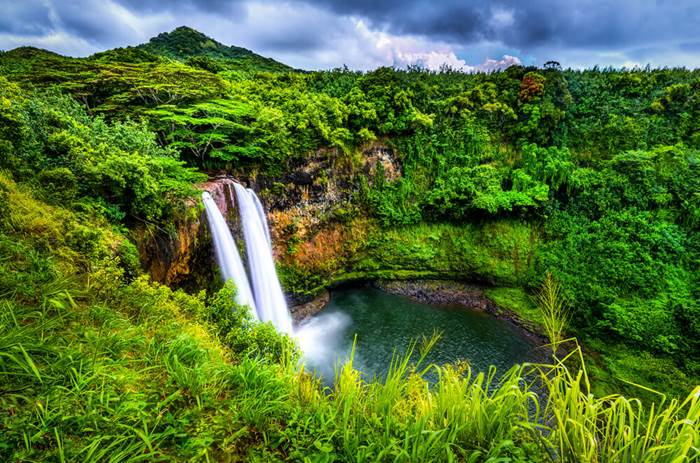 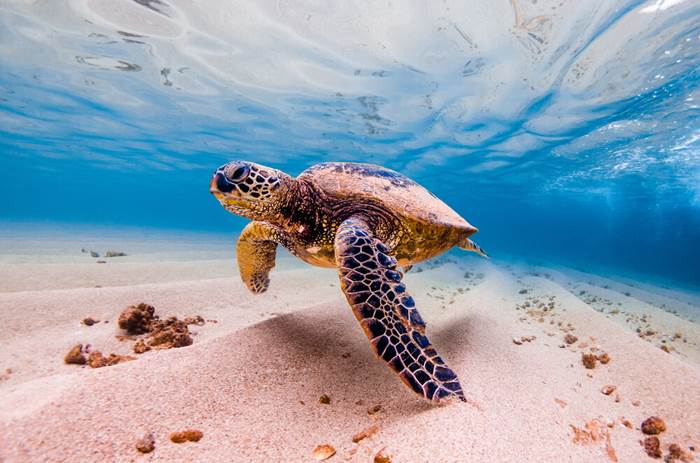 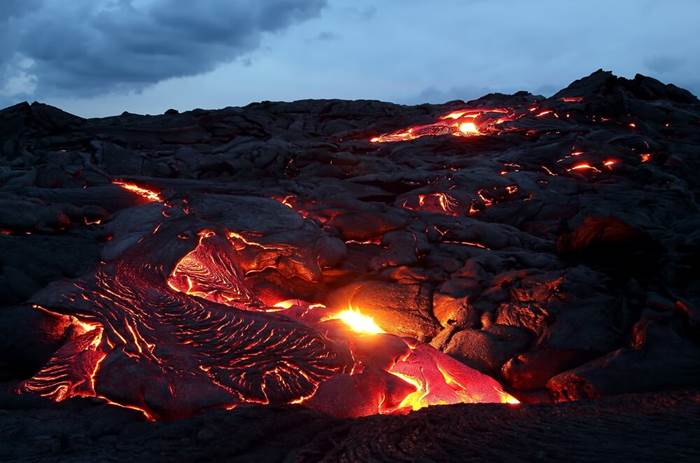 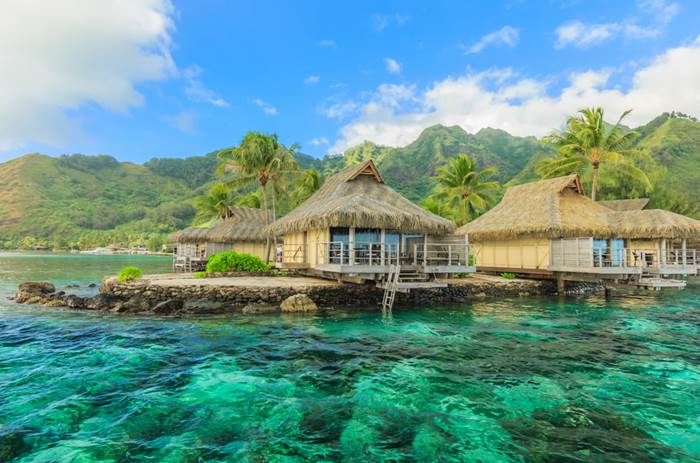 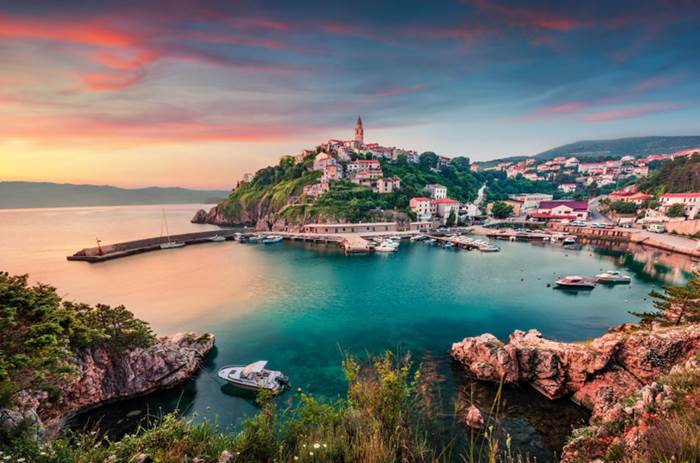 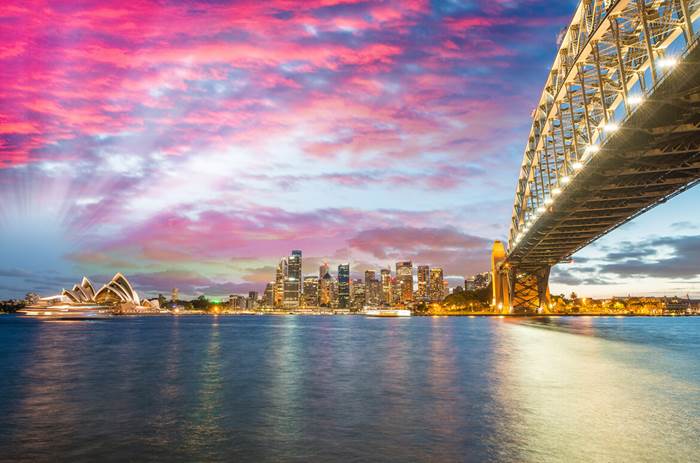 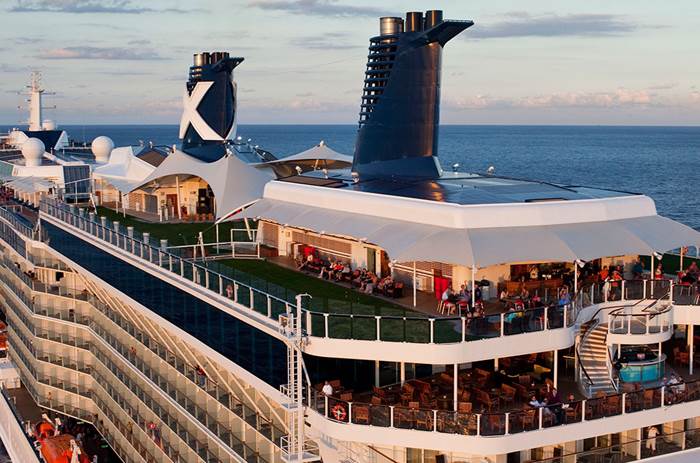 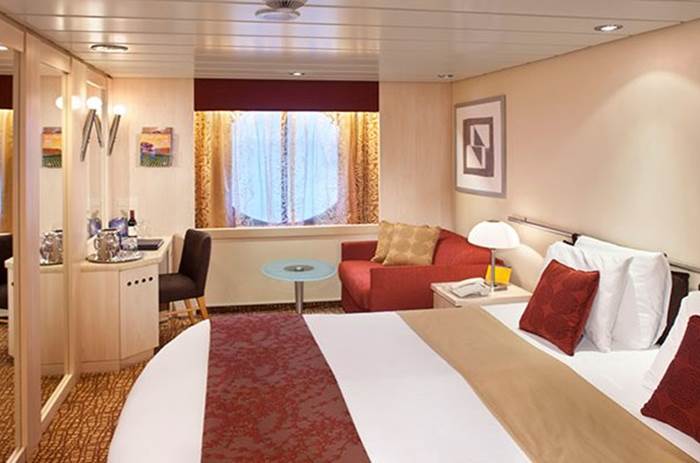 Discover paradise in the South Pacific. Celebrity Cruises will take you sailing from Australia around an idyllic set of islands oozing charm, beauty and tranquillity. Untouched white sands await. Picture the scene: colourful fish dart past coral, coconut trees sway in the breeze and crystal clear waters reflect the bluest of skies. On this Tahiti, Bora Bora and Hawaii Cruise, your daydreams become a reality.

Sydney belongs to the exclusive club of cities that generate excitement. At the end of a marathon flight there's renewed vitality in the cabin as the plane circles the city, where thousands of yachts are suspended on the dark water and the sails of the Opera House glisten in the distance. Blessed with dazzling beaches and a sunny climate, Sydney is among the most beautiful cities on the planet.With 4.6 million people, Sydney is the biggest and most cosmopolitan city in Australia. A wave of immigration from the 1950s has seen the Anglo-Irish immigrants who made up the city's original population joined by Italians, Greeks, Turks, Lebanese, Chinese, Vietnamese, Thais, and Indonesians.

The Tasman Sea on the west and the Pacific Ocean on the east meet at thetop of North Island at Cape Reinga. No matter what route you take, you'll passfarms and forests, marvellous beaches, and great open spaces. The East Coast,up to the Bay of Islands, is Northland's most densely populated, often withrefugees from bigger cities—looking for a more relaxed life—clustered aroundbreathtaking beaches. The first decision on the drive north comes at the footof the Brynderwyn Hills. Turning left will take you up the West Coast throughareas once covered with forests and now used for either agricultural orhorticulture. Driving over "the Brynderwyns," as they are known,takes you to Whangarei, the only city in Northland.

Auckland is called the City of Sails, and visitors flying in will see why. On the East Coast is the Waitemata Harbour—a Māori word meaning sparkling waters—which is bordered by the Hauraki Gulf, an aquatic playground peppered with small islands where many Aucklanders can be found "mucking around in boats."Not surprisingly, Auckland has some 70,000 boats. About one in four households in Auckland has a seacraft of some kind, and there are 102 beaches within an hour's drive; during the week many are quite empty. Even the airport is by the water; it borders the Manukau Harbour, which also takes its name from the Māori language and means solitary bird.According to Māori tradition, the Auckland isthmus was originally peopled by a race of giants and fairy folk.

Papeete will be your gateway to the tropical paradise of French Polynesia, where islands fringed with gorgeous beaches and turquoise ocean await to soothe the soul. This spirited city is the capital of French Polynesia, and serves as a superb base for onward exploration of Tahiti – an island of breathtaking landscapes and oceanic vistas. Wonderful lagoons of crisp, clear water beg to be snorkelled, stunning black beaches and blowholes pay tribute to the island's volcanic heritage, and lush green mountains beckon you inland on adventures, as you explore extraordinary Tahiti. Visit to relax inside picturesque stilted huts, which stand out over shimmering water, as you settle into the intoxicating rhythm of life, in this Polynesian paradise.

Simply saying the name Bora Bora is usually enough to induce gasps of jealousy, as images of milky blue water, sparkling white beaches and casually leaning palm trees immediately spring to mind. The imagination doesn't lie, either, and if you visit, you’ll soon realise this island is every bit as gorgeous as you ever imagined. Thatched wooden huts stand out over shallow, sparkling seawater, with vivid fish swirling just below. Soak up the sun, scuba dive, or simply revel in the opulent luxury of one of the island's many magnificent resorts. If blissful inactivity doesn't appeal, then get active, and hike the greenery of the sharp Mount Pahia.

Maui and the Hawaiian islands can be described as a paradise on earth. This beautiful island has volcanos, jungles, waterfalls and golden beaches. In addition, the temperature usually stays at around 85 degrees. Maui has been voted as the best island for 20 consecutive years by Conde Nast readers. As you explore this land you won’t want to miss a spectacular sunrise or sunset while standing at the top of the Haleakala Crater. This crater’s name even means “house of the sun” and Haleakala takes up 75 percent of the island.

Capital of Hawaii, and a popular tourist destination, Honolulu is known for surfing and water sports. However, there's more to the city than surfing; with museums, the only royal palace in the country, and a mall, there's bound to be something of interest for any visitor.

Interior: An Interior Stateroom is your cosy home away from home. These comfortable staterooms include a sofa and sitting area, and have been thoughtfully designed with ample space to sleep and relax. They provide the perfect retreat after a day exploring the ship or shore.

Ocean View: Ocean View Staterooms include a large window and comfortable lounge area, making them the perfect place to sit back and enjoy the view. Whether it’s a breathtaking seascape or the first glimpse of your next port of call, a room with a view adds so much to your cruise.

Balcony: A Balcony Stateroom is a luxurious home away from home with both indoor and outdoor space. Enjoy your spacious lounge with spectacular views, or step through the sliding glass doors onto your own private balcony with a front row seat of the horizon.

Suite Class: Suite Class is the ultimate in modern luxury accommodation on our Millennium Class ships. Choose from Sky, Celebrity, Royal and Penthouse Suites, all complete with exclusive Suite Class amenities such as Personal Butlers and access to our Luminae restaurant.

Celebrity Eclipse was the proud recipient of the “Best from the UK” award from the 2015 Cruise Critic - UK Cruisers' Choice Awards. Sailing to a range of exciting destinations, you can kiss goodbye to the hassle of long flights and transfers!

Onboard Celebrity Eclipse, your journey becomes a destination in itself. Whether you choose to treat yourself to an indulgent treatment at the world-renowned Canyon Ranch spa, or get competitive with some games at the Lawn Club (your very own half acre of real grass), there’s luxury on every level onboard Celebrity Eclipse.

As night falls, head to the Martini Bar where you can enjoy a cocktail; the talented bartenders transform mixing your evening drink into jaw-dropping entertainment. Or, simply sit back and admire the night sky from the Sunset Bar on the top deck.

Please note, prices listed are guide prices only and are based on 2 people sharing and don't include any additional supplements. Holiday prices are fluid and dynamic and may be changed at a moment's notice, prior to booking, at which point they are confirmed. Please call the team free on 0800 707 6229 for more departure dates available and a quote 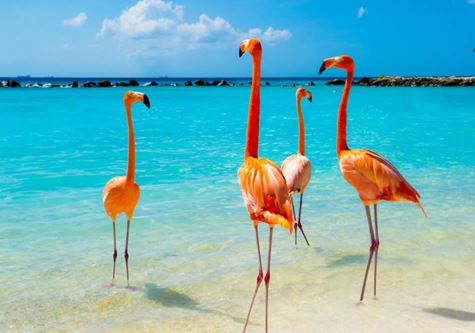 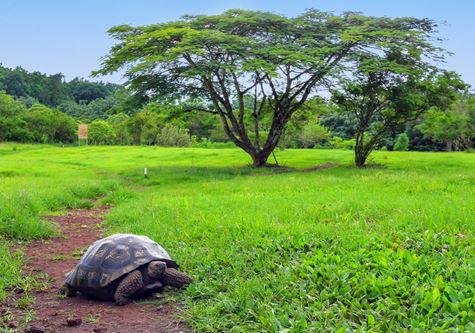 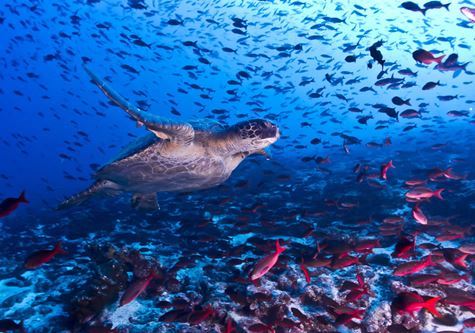 Celebrity Cruises 7 Night Galapagos Northern Loop
Located 600 miles off the coast of Ecuador, this archipelago of unspoiled, isolated islands will welcome you with its rugged charms and evolutionary wonders.
from £4639 (per person) 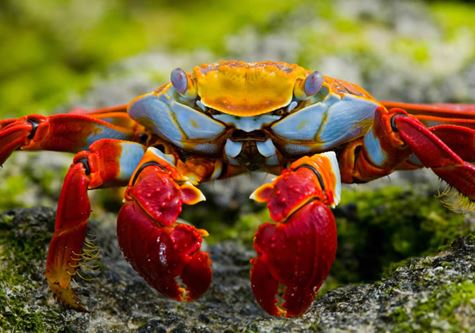 Celebrity Cruises 7 Night Galapagos Southern Loop
The Galàpagos Islands are like nowhere else on earth, and Celebrity Cruises are one of only a few cruise lines to offer all-inclusive cruises here.
from £4689 (per person)
Why Book With Us?
Find Out More