Ponant Wildlife and Forests of Alaska
Enquire for Huge Savings 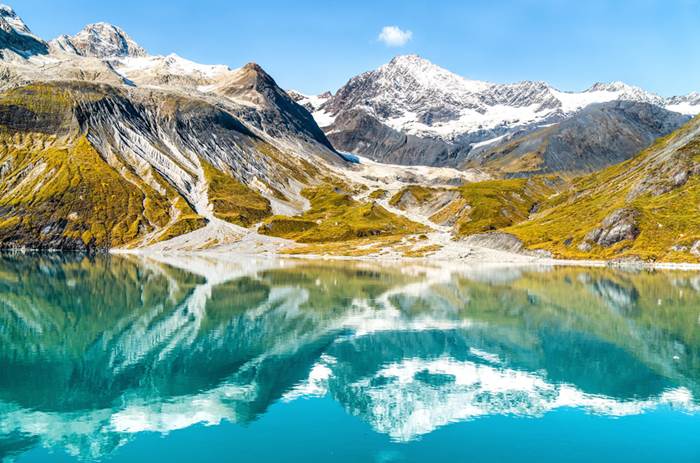 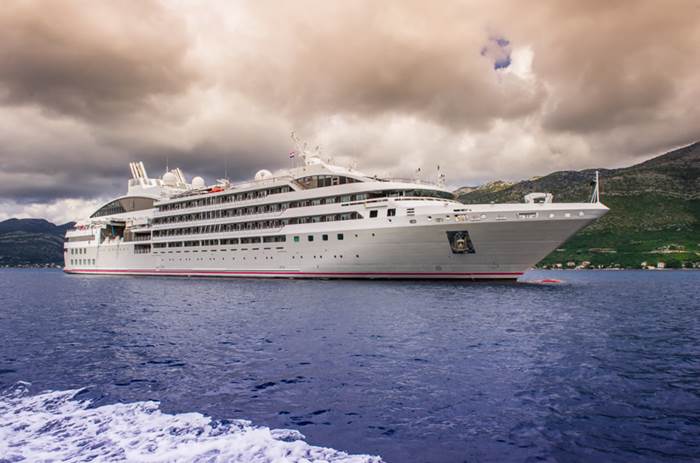 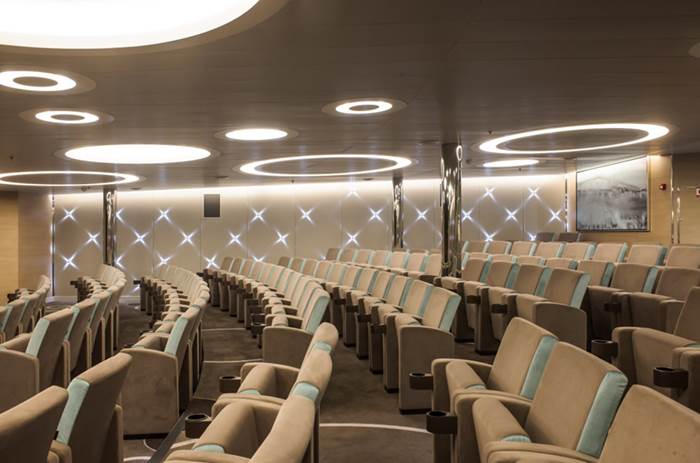 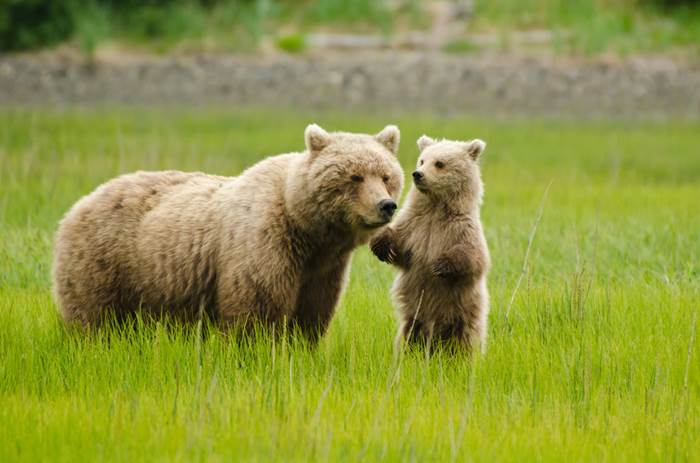 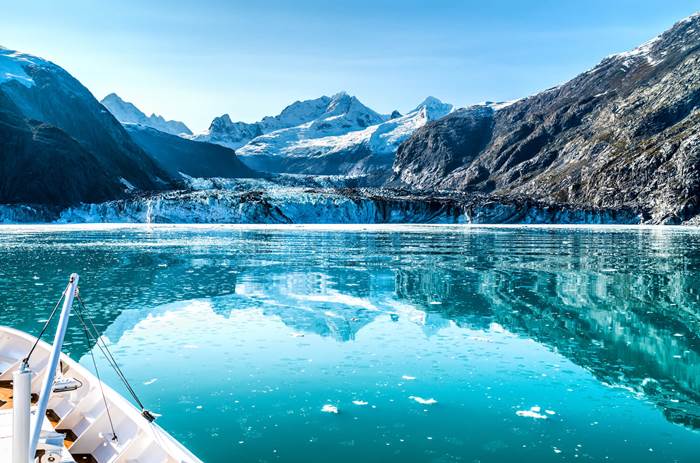 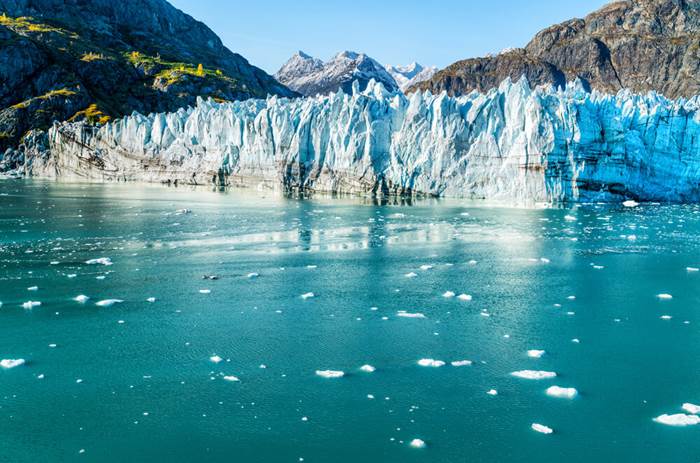 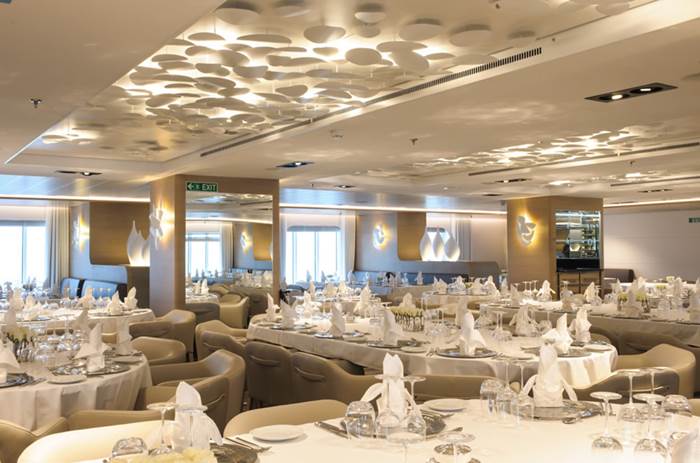 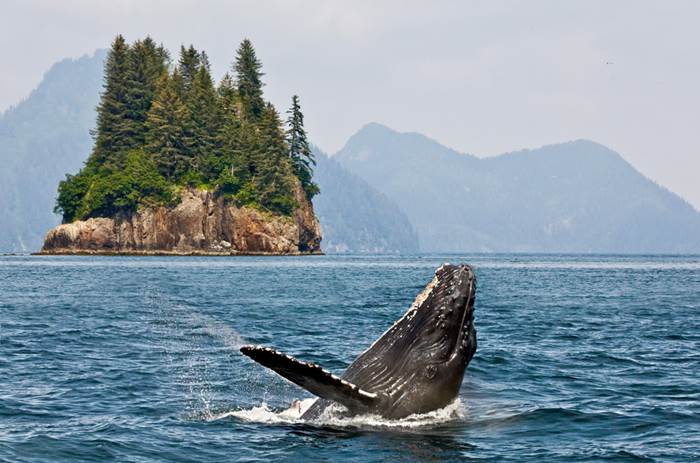 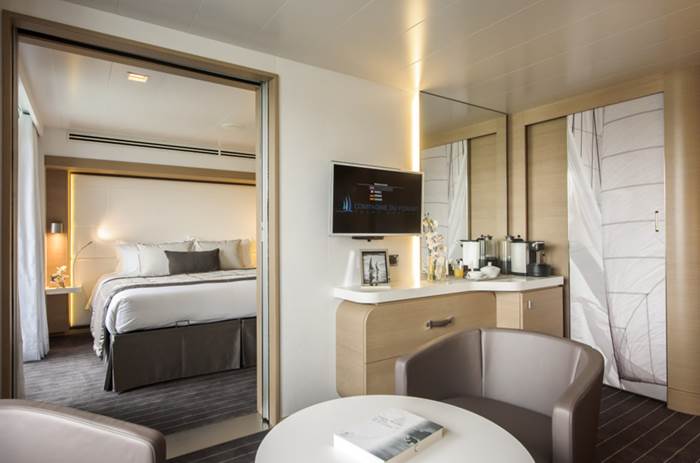 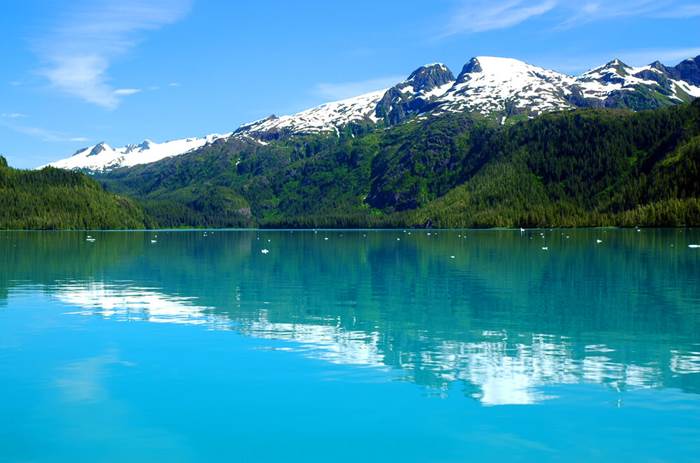 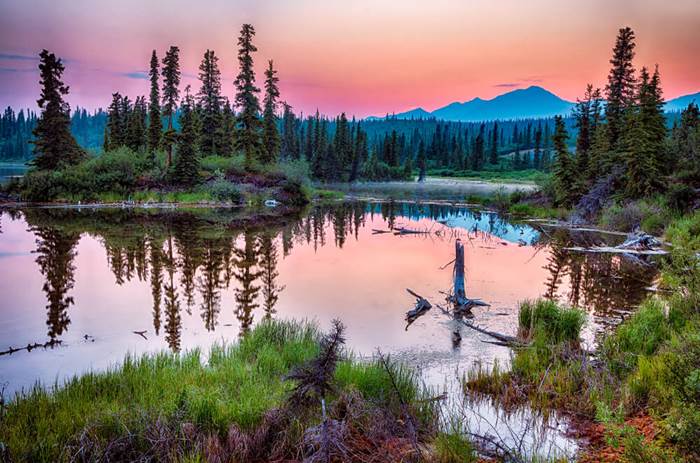 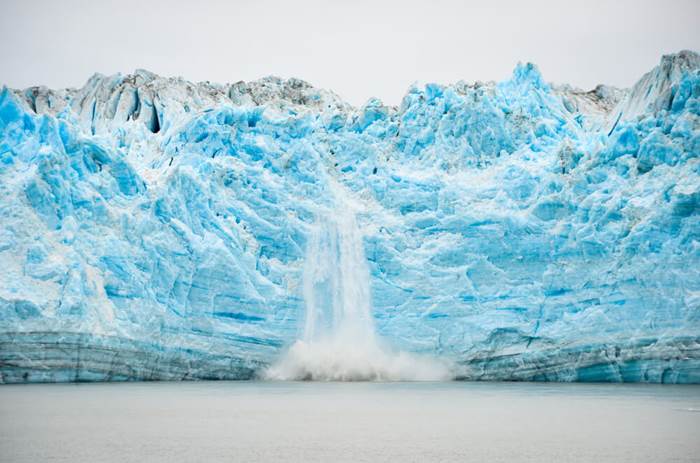 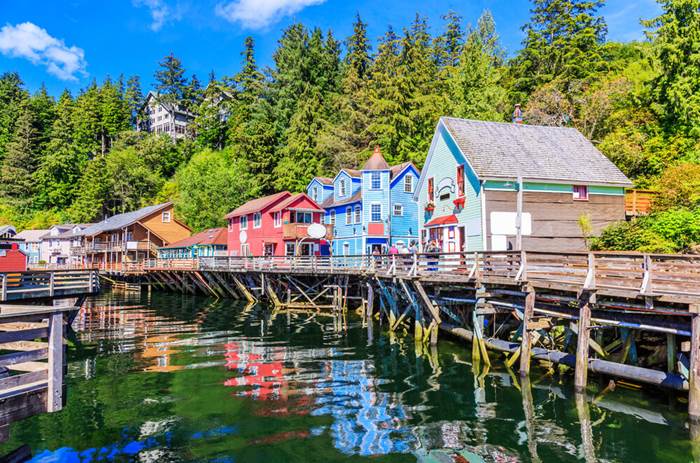 With Ponant, discover Alaska’s stunning landscapes and the incredible wildlife they contain. Board Le Soléal for a 13-day expedition cruise from Vancouver to Seward, for a journey to the heart of wild and unspoiled natural environments. In Prince William Sound, in the Gulf of Alaska, surrender to the beauty of the icy décor all around you. During your Zodiac® outings, exploring the meanders of stunning fjords will lead you to the hanging glaciers and vertiginous waterfalls of Tsaa Fjord.

You will also visit the tiny port of Elfin Cove. Its calm and glistening waters are an unrivalled peaceful haven that the local community of fishermen will invite you to discover.

During the first part of your cruise, Le Soléal will continue to clear a path through the Inside Passage and will draw closer to the temperate rainforest on Canada’s west coast. This primary forest is a biodiversity hotspot where you will be able to observe numerous species such as bald eagles, black bears, grizzlies, sea otters, humpback whales and orcas. Here you’ll find a concentration of life in an enchanting setting of mountains and conifers that is typical of these wild regions.

Verdant and cosmopolitan, Vancouver is one of Canada's most multi-cultural cities. Located in British Columbia on Canada's west coast, it's surrounded by mountains and outdoor activities are popular. In the city, you can immerse yourself in the Asian atmosphere of bustling Chinatown, shop for pashminas and silk saris at the Punjabi Market Indian district and explore the historic area of ﾠGastown. Vancouver Art Gallery is known for works by regional artists, while the Museum of Anthropology houses important First Nations collections. Granville Island Jetty is a fascinating revitalised industrial area that hosts galleries, restaurants and a huge produce market.

Day 2 – SAILING IN THE JOHNSTONE STRAIT

Along the north-east coast of Vancouver Island, Johnstone Strait is a 100 km-long channel formed by an old glacier bed, dotted with a string of lush islands. Sailing amid this wilderness offers fantastic opportunities to observe the wildlife. Indeed, blue whales, humpback whales and the world’s largest population of orcas can be found in the cool and sheltered waters of the strait, and you can try to spot some from your ship’s deck.

Sheltered from the ocean currents of the Gulf of Alaska, this maritime route that weaves a path around the islands and islets of Southeast Alaska will offer you wonderful sailing experience. Conifer forests stretch on forever, interspersed with numerous coves, bays, huge valleys and deep fjords formed by ancient glavial valleys. Accessible only by sea, the fishing villages are surrounded by snow-capped mountains and glaciers that plunge into the waters of this veritable wildlife sanctuary. From your ship’s deck, you can try spotting humpback whales or the famous bald eagle, emblem of the region.

Rain forest, hypnotic blue lakes, snowy peaks, glacier valleys, waterfalls... You will behold a heavenly vision. This United States monument covering some 8,600 square kilometres is a designated Wilderness Area. This awesome countryside rolls out its majestic carpet of cedars, fir spruces and hemlocks. Here, you can feel Nature’s throbbing heartbeat. You may be lucky enough to spot some of the many animal inhabitants, such as  river otters, sea lions, seals and porpoises.

Picture this: all around you, translucent waters. In the distance - snow-capped mountains. This is the vision that greets you on disembarking in Petersburg, one of Alaska’s largest commercial fishing towns. The heart of the Tongass National forest is for people who yearn for a lungful of the great outdoors. There is some fauna here including no less than 240 species of birds, seals, sea lions, humpback whales. Another special feature of this very lively town is its penchant for art. On its pavements and facades you can admire several murals, totems and sculptures.

When you reach Tracy Arm fjord, 80 kilometres south-east of Juneau, you will sail into the middle of the inlet, surrounded by waterfalls cascading down granite cliffs into the sea. A few seals guarding their spur of ice may add unexpected spice to your expedition. This is your opportunity to see the Sawyer glacier close up. Majestic and otherworldly, it spans the whole length of the mountain in shades of crystalline blue: without a doubt, this is one of the most breath-taking wonders of Alaska.

Discover the small Tlingit village of Kake, around 60 kilometres west of Petersburg. Located on Kupreanof Island, it houses a community of over 500 inhabitants. Kake is paradise for salmon, which spawn in the Gunnuk River near the village. Bald eagles often make an appearance, as do black bears, which come to enjoy the fish. Another singularity of these parts: the presence, on a hill, of a totem pole standing over 60 metres tall, considered the highest in the world.

Formerly a Russian colony located on Baranof island, to the west of the Alexander archipelago, Sitka is brimming with history. The historical national park of Sitka shelters totems carved out of red cedar, a tree that is omnipresent in the region. These totems are testimonials of the former presence of Tlingit Indians. This place is full of natural wonders too. You just have to look up to admire the mountain range around the port. In the distance, the snow-peaked Edgecumbe volcano stands majestic. Numerous islands scattered around Sitka stretch out before you in a vision of preserved Alaska.

At the tip of an island in the Alexander Archipelago, not far from the Canadian border, peaceful Elfin Cove shelters a fishing community that’s only linked to the rest of the world by the sea. There is just a dozen wooden houses, a long wooden pontoon and a tiny port surrounded by crystalline waters… It doesn’t get any quainter than this. Choose from a network of hiking paths that weave through a pristine forest, to lead you to secret beaches where silence reigns. The wonders of the Glacier Bay National Park and Preserve, accessible by a short boat trip, are many.

Formed by the retreat of the Guyot, Yahtse and Tyndall glaciers over the past 100 years, Icy Bay is one of those timeless places where silence reigns supreme. Let yourself be enthralled by landscapes of breathtaking beauty, enhanced by magnificent views over the Saint Elias Mountains, visible in the background. The bay, several kilometres wide, is often scattered with icebergs sliding on clear and deep waters. It will let you access several sounds, among which are the Tsaa fjord, very close to the Guyot glacier. Many marine mammals and sea birds have chosen to live on this territory with very few visitors in the south of Alaska.

Nestled between Hawkins Island and Lake Eyak, to the east of Prince William Sound, the small town of Cordova will welcome you to a natural setting of great beauty. It is home to very rich wild life, in particular to millions of birds flocking in the migratory period. The Million Dollar Bridge stands at the very end of the Copper River Highway. There are superb views over Miles Glacier to the east while, on the western side, you can observe Childs Glacier, one of the most active in Alaska, advancing by more than 150 metres every year. Although Cordova’s 2,000 inhabitants now live mainly off fishing, the town experienced a real boom in the past thanks to copper mining, at the beginning of the20th century.

A secret inlet in a hewn-out bay on the southern coast of Alaska, College Fjord features outstandingly rich glacier scenery. Come and admire the five tidewater glaciers and high-altitude glaciers. These glaciers were named after the prestigious US East Coast schools attended by the professors who first laid eyes on them at the end of the 19th century. The setting is awe-inspiring, but don’t forget to listen out for the thunderous crack as great pillars of ice break off from the glaciers… Or would you rather be charmed by the song of the seals?

Located in a fjord on Alaska’s southern coast, secluded Barry Arm bay offers the infinite silence of a still pristine land. Its blue cove and dark-green hills bordered by black pebble beaches invite you to recharge your batteries in the heart of raw, mineral terrain. A highlight is the tidewater cascade glaciers whose white cliffs kiss the water’s edge. All year round, these glaciers break up into iceberg chunks the size of cathedrals.

Seward is located on the Kenai peninsula, south of Anchorage. This bustling port, built for the fishing and shipbuilding industries, will show you just how vibrant it is, with its shops and galleries. The entrance gate for the sublime Kenai Fjords National Park, Seward nestles in the heart of very beautiful scenery, between glaciers, mountains and very rich marine life (whales, sea otters, orcas, seals…).

Designed in 2013 and loyal to the PONANT spirit, Le Soléal like her sisterships embodies the subtle alliance between luxury, intimacy and wellbeing which is Ponant’s signature. The elegance of her exterior and interior lines and her intimate size (only 132 staterooms and suites)make this a rare and innovative yacht on the cruise market.

With her fluid lines and a modern colour scheme combining natural wood with shades of grey and white, Le Soléal presents references to a nautical theme. 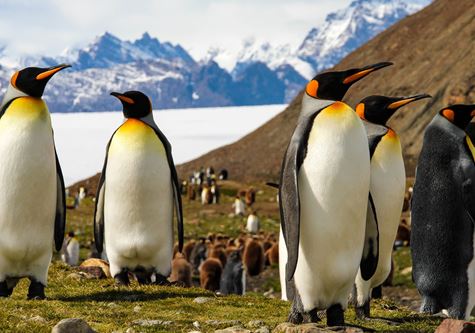 Ponant Emblematic Antarctica Cruise
Follow in the footsteps of Shackleton and set sail for an unforgettable, luxury polar expedition cruise to the mythical white continent of Antarctica.
from £8163 (per person) 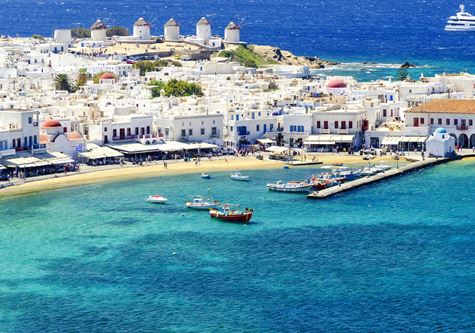 Ponant Rome & Antique Treasures
From Italy to Greece, discover the most beautiful port of calls of Amalfi coast and Ancient Greece during a 8-days cruise on board Le Lapéouse. 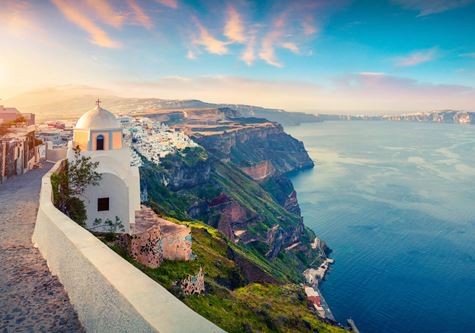 Ponant Treasures of Greece & Ancient Egypt
Join Ponant in Athens aboard Le Lapérouse, the latest addition to their fleet. You will discover major ancient sites from the great civilizations.
from £3044 (per person) 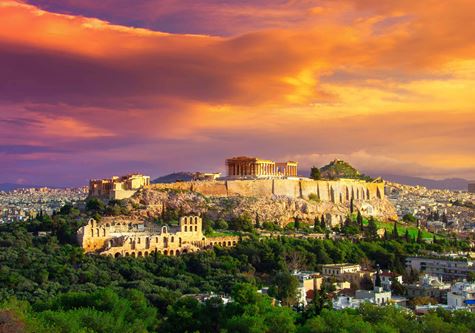 Ponant Ancient Treasures of the Mediterranean
With Athens as the departure point, board Le Bougainville for an unforgettable sailing experience discovering exceptional islands and cities. 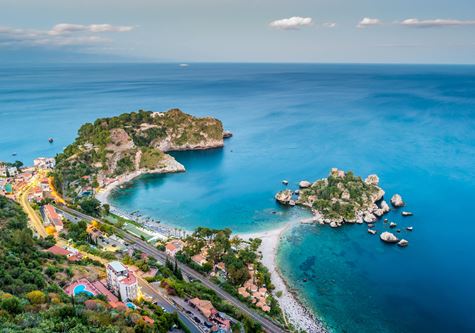 Ponant Shores of the Adriatic and Italy
Le Lyrial will take you to Italy, Montenegro, Croatia and Slovenia. You will being your journey in Naples, visting its baroque churches, Mount Vesuvius and discover the ancient architecture.
Why Book With Us?
Find Out More