There is nowhere on the planet with the endless possibilities for a truly memorable holiday than the States.  Even the cities have the best nick-names, synonymous with adventure and excitement – The Big Easy, The Big Apple, the Windy City, Motor City, the City of Angels and Sin City!

Exhilarating white-knuckle adventures can be enjoyed in Florida, the theme park capital of the world.  Must-dos include Sea World, Busch Gardens and, of course, Walt Disney World.  Florida also has mile after glorious mile of amazing golden beaches and scintillating nightlife, as well as being the gateway for cruises to the Bahamas and Caribbean.

San Francisco, symbolised by the majestic Golden Gate Bridge, is home to Fisherman’s Wharf, Chinatown and Haight-Ashbury, the birthplace of the hippie counterculture.  Washington DC is best visited in the spring for the awesome cherry blossom, and is where to head for stunning architecture and an introduction to America’s lively and fascinating history.  If you’re looking for the ultimate ski trip, then the Rockies boasts some of the best ski resorts in the world, such as Vail, Jackson Hole and Breckenridge.

The States is also the birthplace of some of the most timeless music ever created, whether that’s soul in Detroit, the blues in New Orleans, rock ‘n’ roll in Memphis or hip-hop in New York.  And talking of New York, the city so good that they had to name it twice, this is one of the most popular city break destinations on the planet.  With its iconic skyline, dozens of world-famous visitor attractions, fantastic shopping, don’t be surprised if this is a city that you have to visit twice (or more!).

And this is just the tip of the iceberg.  There’s also New England in the fall with its mesmerising colours, a road trip along the winding Pacific Coastal Highway, the jaw-dropping Grand Canyon, the opportunity to become a high roller in Las Vegas, and so much more.  The States has it all – apart from icebergs!

Disney World & Resorts – What’s New, Where to Stay, When to go?

Your Guide to Disney World And Universal Studios in Orlando, Florida

The early days of Mexico and the American Southwest are perfectly recreated at this superb family resort with its relaxing, desert-style setting. Palm-shaded courtyards and Spanish haciendas sit alongside a state-of-the-art health club, complete with jogging trails
Read More
Trustpilot

Walking The US National Parks – By Guest Blogger Jo Rolls From Explore! 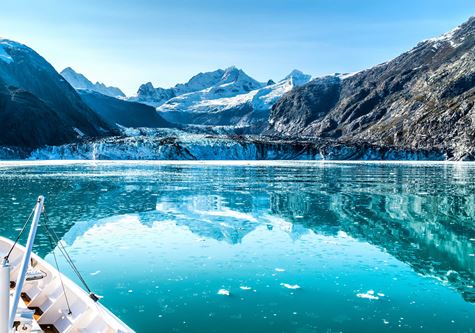 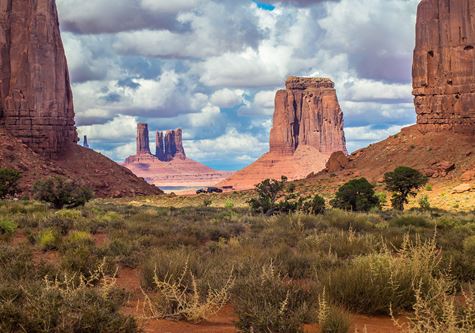 Arizona
The land of red. When the sun sets on the red rocks, the whole horizon burns red. A colour that is only fitting in that heat. Incredible rock formations, lagoons, waterfalls and cacti freckle the otherwise clear landscape. 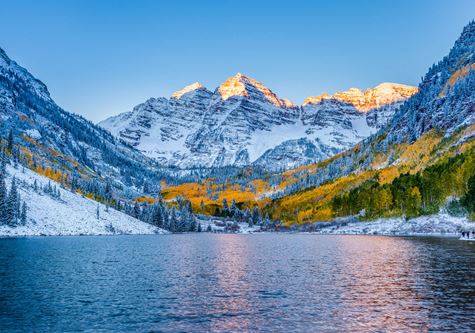 Aspen
Aspen, Colorado is one of the most iconic ski destinations in the world. This all-American former silver-mining town is full of cowboy charm mixed with the mountain life. Constantly evolving and improving, this amazing ski resort now features terrain parks, extreme skiing and mogul runs. 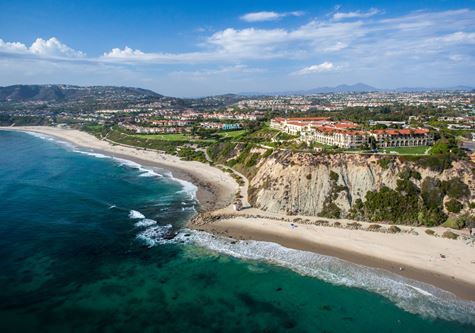 California
Golden sands, azure blue sea and a carefree breeze, California is the surfer's paradise of America. Whether you want to visit the famous cities of Los Angeles, San Diego or Santa Monica, walk the streets of Hollywood and chase the emblazoned stars on the pavement. 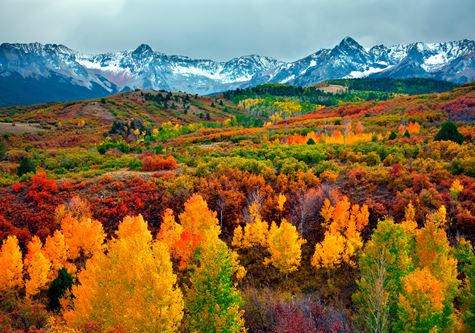 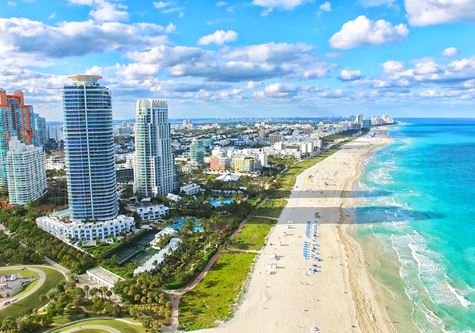 Florida
In Florida you can really experience it all, from the laid-back lifestyle of the Keys and award-winning beaches of Clearwater, to the trendy and vibrant Latino influenced city of Miami and the thrills and spills of Orlando, the theme park capital of the world. 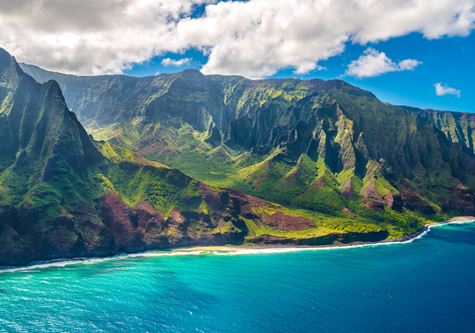 Hawaii
Hawaii is synonymous with paradise; sugar white beaches, beautifully clear waters and lush green rainforests, tourists have so much to choose from when visiting Hawaii. The kaleidoscope of coloured coral reefs, mountains and volcanoes beckon the adventurous. 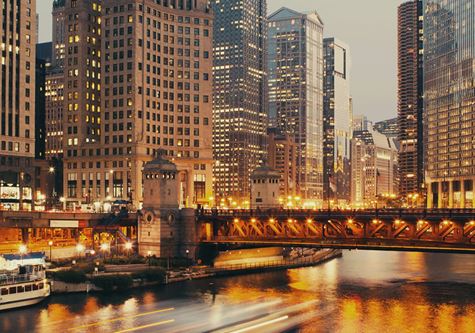 Illinois
Chicago is the best-known city in Illinois, and dominates the state with its reputation for being one of America’s most impressive cities. Full of culture that is idiosyncratic, it has its own identity as well as an impressive repertoire of architecture, museums, restaurants and clubs. 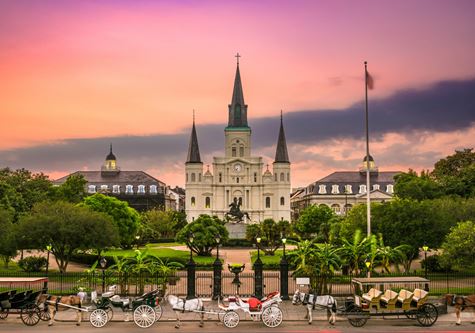 Louisiana
When you make a list of all the unique things Louisiana has to offer visitors, you quickly see the long-lasting influences of our French, Spanish and African ancestry. The past is well-preserved in the state's architecture, music, food and lifestyles—which include amazing festivals like Mardi Grass—and of course in museums of history and fine arts. 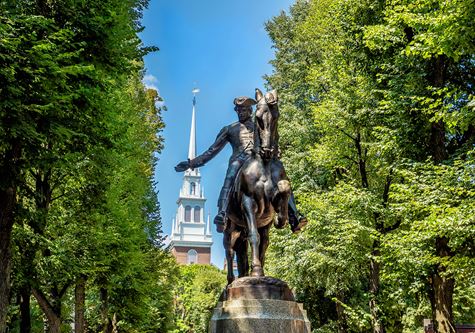 Massachusetts
From the cobbled streets and pilgrim villages in Salem to the old ports of Nantucket, Massachusetts embodies the old charm of America. Visit lighthouses on sandy beaches and sail serenely in past seaside homes. 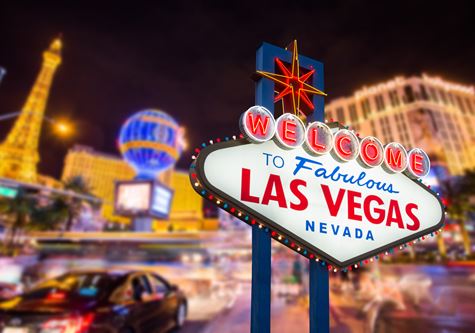 Nevada
Whether you are interested in horse riding with the cowboys or want a to indulge in a night of gambling in Las Vegas, Nevada gives you the opportunity to explore both worlds. 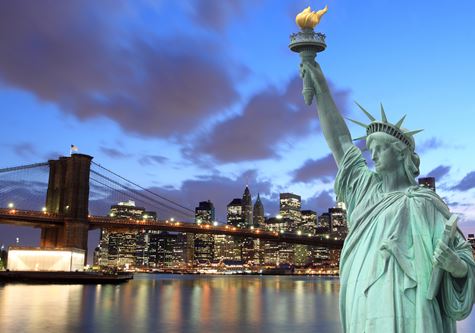 New York
The epicentre of creativity, passion and money, New York is a beacon for entrepreneurs, artists and the fantastical. With a buzzing energy, this city is a connoisseur of nightlife and exceptional cuisine. 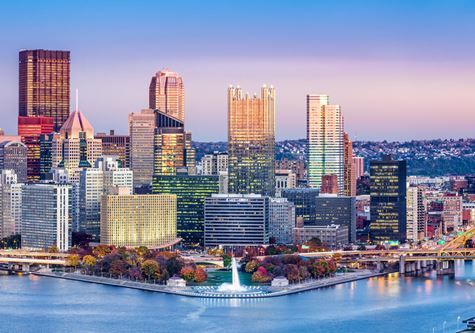 Pennsylvania
In Pennsylvania you can visit the Appalachian Mountains, where in autumn they offer a patchwork of autumnal coloured pine trees, lush green valleys and picturesque lakes. 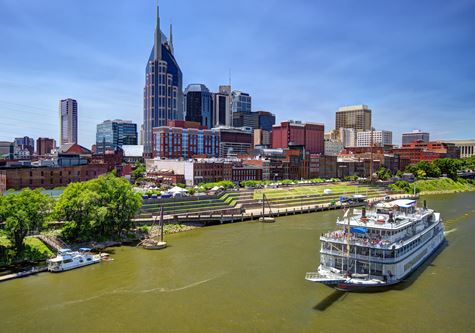 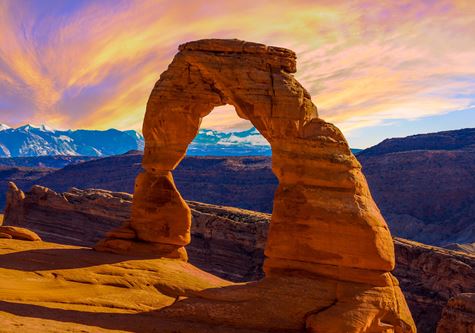 Utah
Travel to the Grand Canyon and gape at the caverns and re horizons. Try to find the waterfalls and wonder at the colour of the water and then travel back down route 66 on a motorcycle. 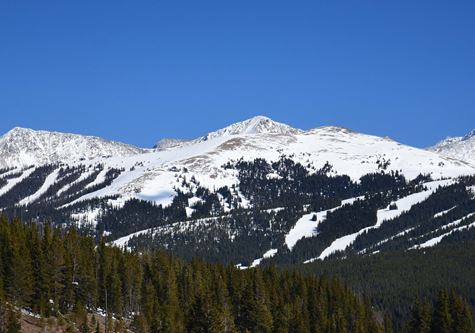 Vail
A ski resort doesn’t get much better than Vail. An epic alpine adventure awaits at one of the world’s largest ski areas in the world, boasting nine metres annual snowfall, soft dry powdery snow and more than 300 days of sunshine a year. 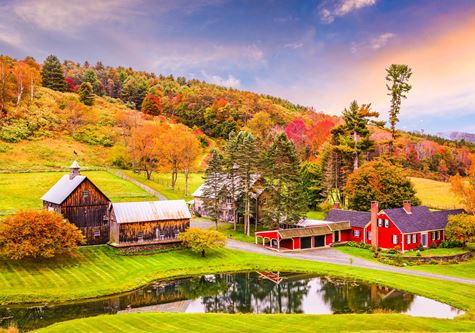 Vermont
Vermont is a place, but also a state of mind that revels in outdoor beauty, good food, and the preservation of unique small towns and cities. 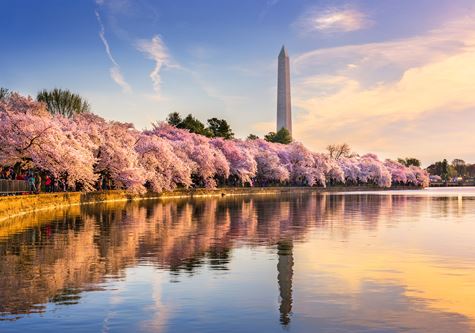 Washington
Much like Japan, tourists flock to Washington to watch the cherry blossoms bloom in spring. Each tree will burst with colour and Washington comes alive in the pink. 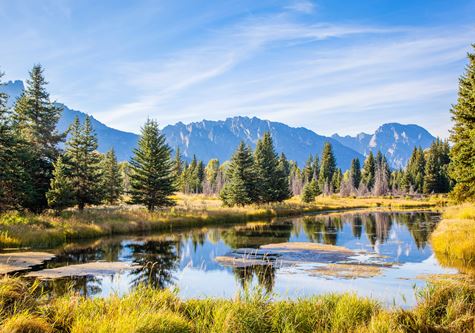 Wyoming
Wyoming is the undisputed spirit of America, where the idiosyncratic cowboys still roam through the landscapes. Tourists discover Wyoming by camping in Yellowstone, attending a rodeo or climbing a mountain.