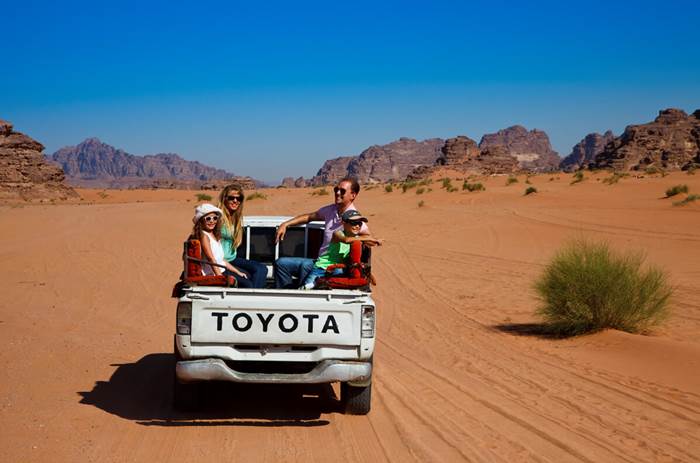 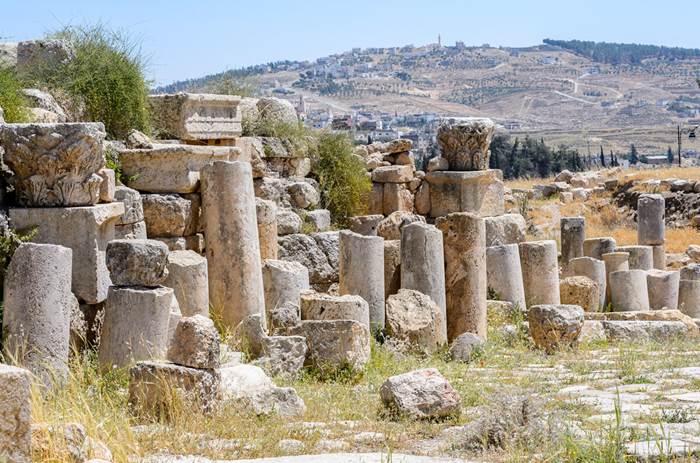 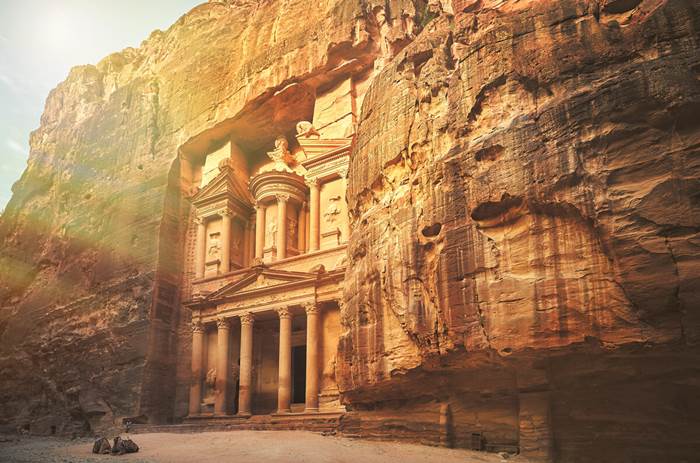 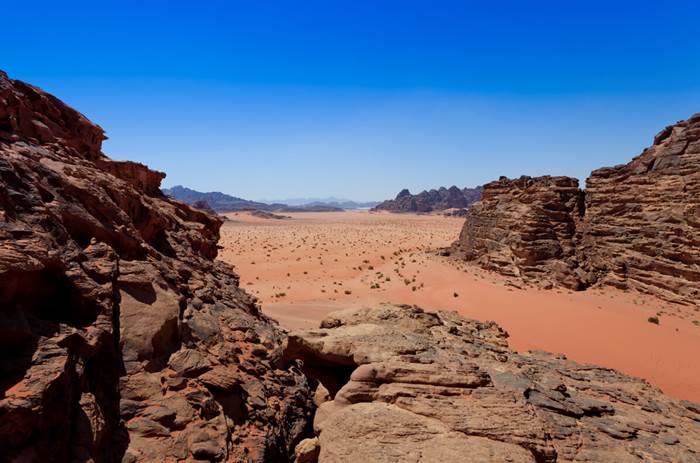 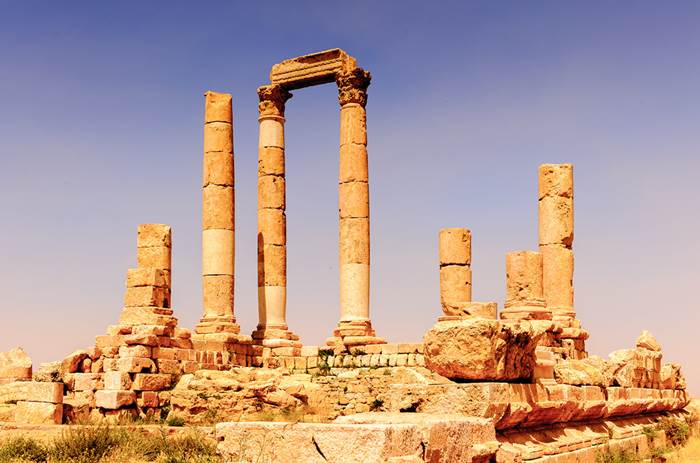 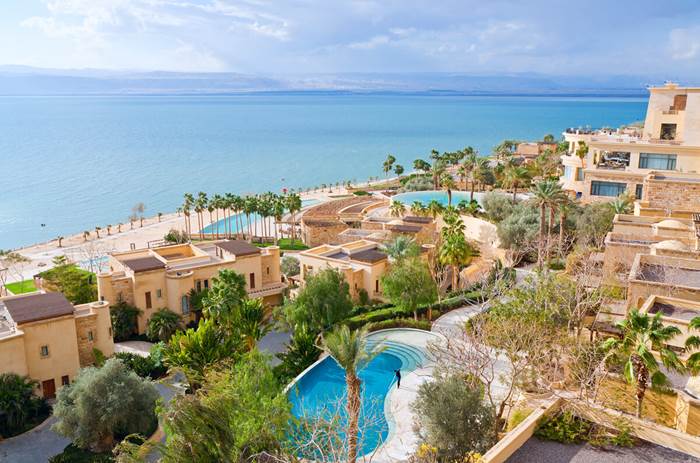 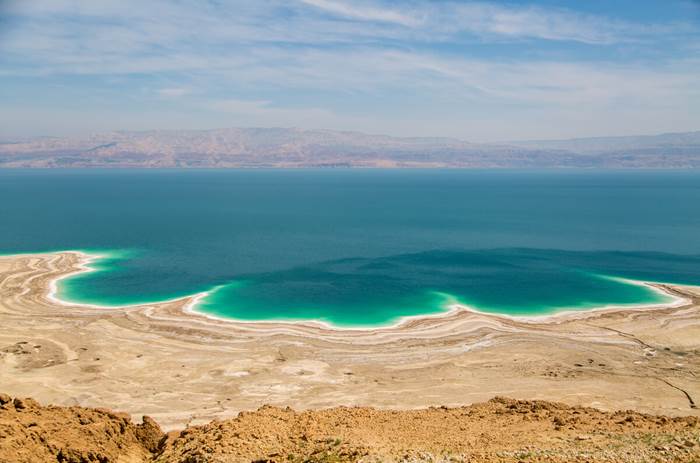 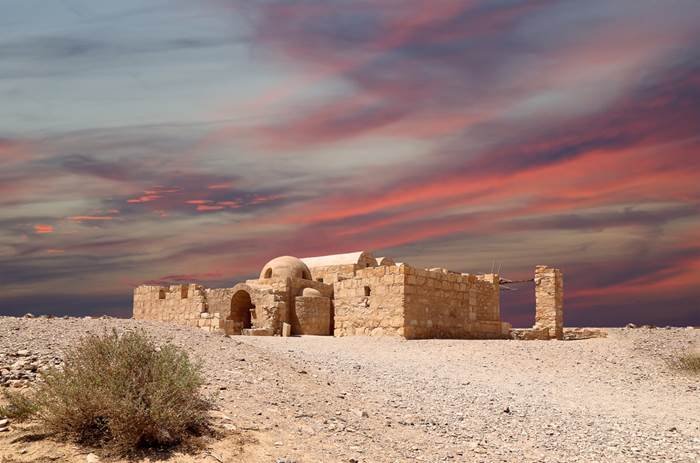 Epic desert landscapes, astounding monuments and the wonderfully restorative Dead Sea make the tiny kingdom of Jordan truly rewarding to explore. On this tour we walk the streets of spectacular Petra, an ancient rock-hewn city only rediscovered from beneath the sand in 1812. We take a thrilling 4WD safari into Wadi Rum, the desert where much of ‘Lawrence of Arabia’ was filmed. And we travel to the Dead Sea, 400m below sea level, for a relaxing float in its exceptionally salty water.

Titan’s VIP door-to-door travel service collects you from home for your flight to Amman.  Amman, the capital of Jordan since 1921, is built on seven hills.
AlQasr Metropole Hotel, Amman (4-star)

We visit the 12th century medieval castle at Ajloun before continuing our journey along the King’s Highway to the ancient city of Jerash. Likened to Pompeii, Jerash is one of the best preserved classical sites, with its forum of colonnaded shops, temples and theatres.
AlQasr Metropole Hotel, Amman (4-star)

After enjoying breakfast, we journey to the historic desert castles of Qasr Kharaneh, Qasr Amra and Qasr Azraq, before returning to Amman for a tour that includes a visit to the Citadel and the Archaeological Museum. Return for dinner and overnight.
AlQasr Metropole Hotel, Amman (4-star)

Today we visit Mount Nebo to stand on the spot from which Moses is believed to have surveyed the Promised Land. We continue to Madaba, once a flourishing Byzantine town, and the Greek Orthodox Church with its fascinating 6th century mosaic map.
Petra Guest House, Petra (4-star)

Early departure for a tour of the ‘Rose-Red City’ of Petra, entering the city on foot. This ancient city lay beneath the desert sands for centuries, and was only rediscovered in 1812. The highlights are the spectacular temple, the Treasury and the Monastery which have been hewn out of solid rock.
Petra Guest House, Petra (4-star)

This morning we depart for the desert of Wadi Rum, stunning in its beauty and inhabited by the Bedouin tribes, it epitomises the romance of the desert. Much of David Lean’s Lawrence of Arabia was filmed here and we take a jeep safari into the heart of the desert, giving us the opportunity to capture the romance for ourselves.
Movenpick Dead Sea Resort & Spa (4-star)

Today is free to indulge yourself at the hotel; the area is well known for relaxation and healing properties and there are many possibilities to choose from.
Movenpick Dead Sea Resort & Spa (4-star)

We transfer to the airport for your return flight to the UK. Upon arrival, your Titan vehicle will be waiting for the journey home.

- Based on return flights from London Heathrow 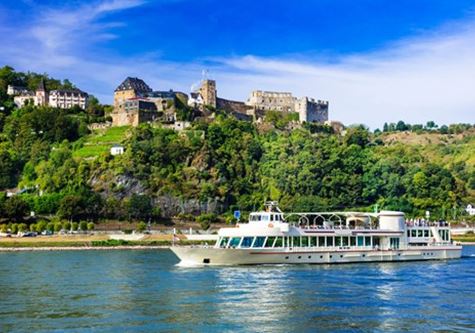 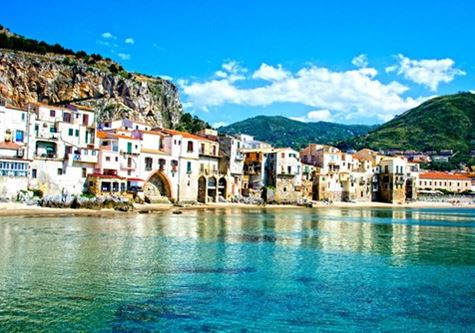 Titan Sicily - Jewel of the Mediterranean
Sicily is home to a unique mix of culture borne of years of foreign domination. From the Phoenicians to the Bourbons, each has left an architectural stamp on the island - culminating in a jumble of historic sites in Palermo, Monreale and utterly charming Syracuse 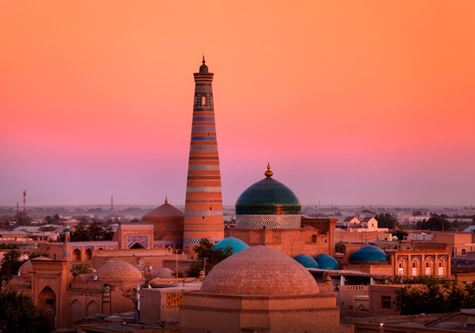 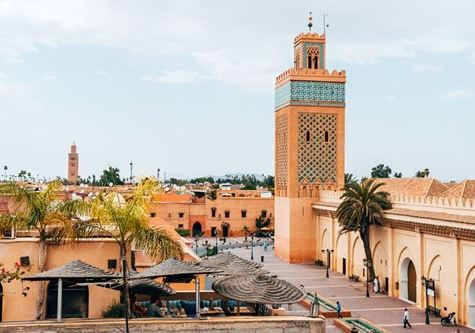 Titan The Majesty of Morocco
Casablanca, Fez, Marrakech - so many of Morocco’s place names fire the imagination, and the reality is just as evocative. 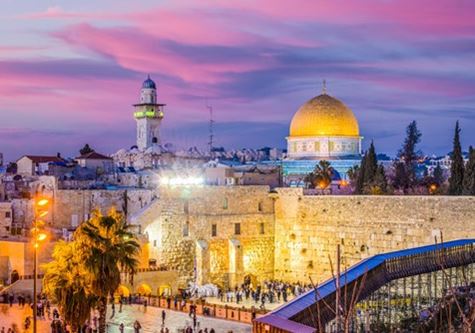 Titan Israel - Discover the Promised Land
Experience the buzz of modern day Tel Aviv, before exploring Israel's most significant sights
Why Book With Us?
Find Out More