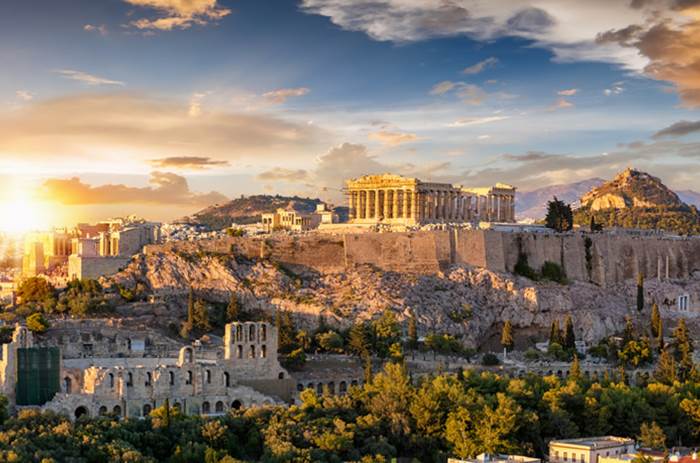 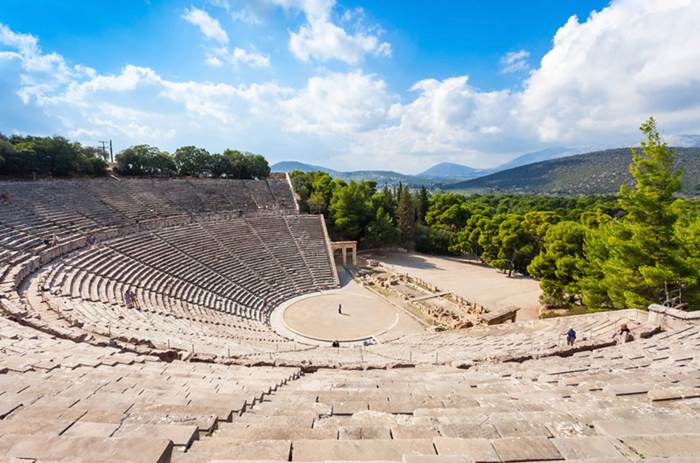 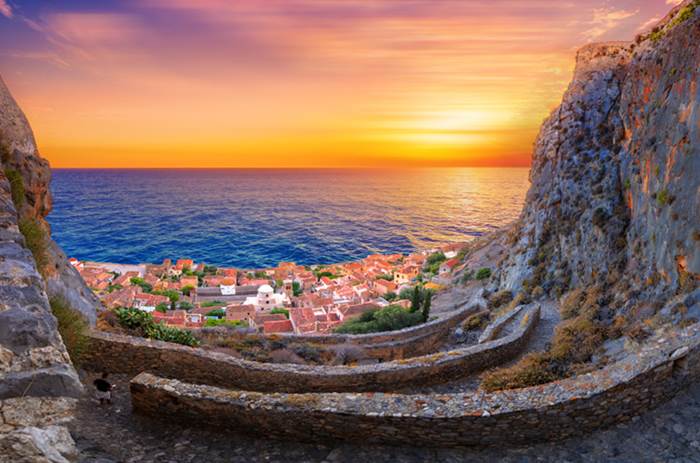 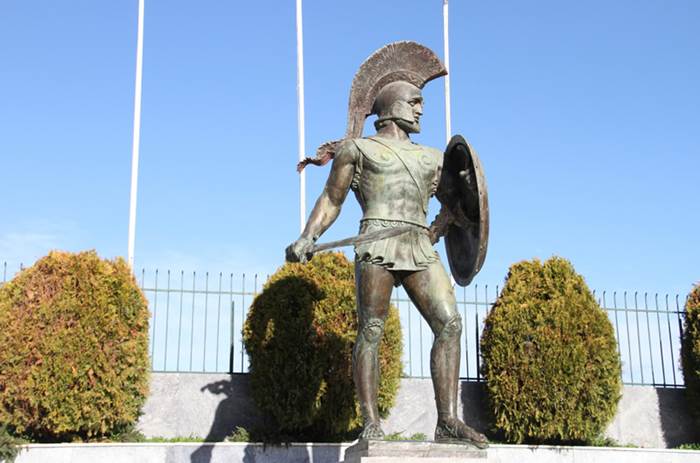 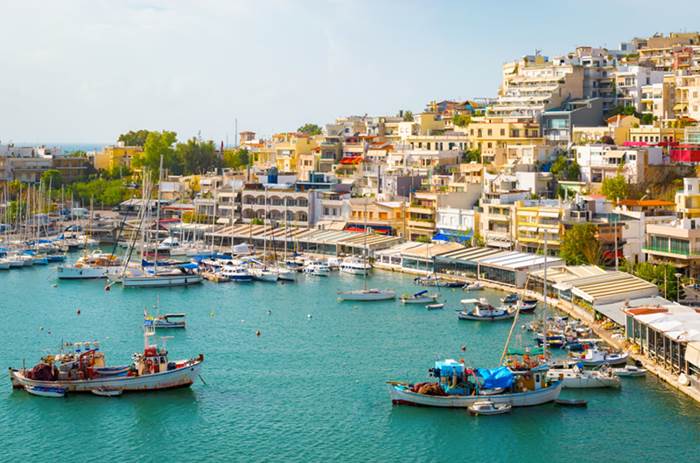 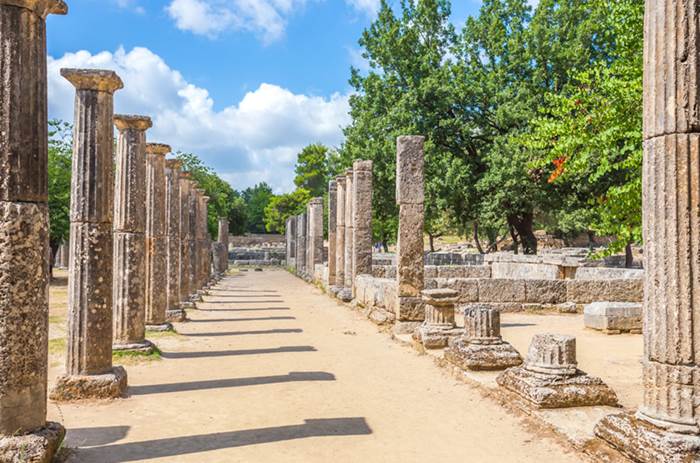 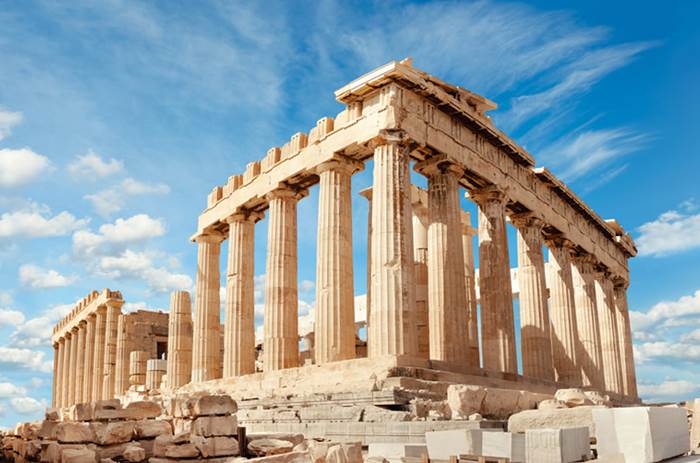 Considered the birthplace of western civilisation, Greece's influence still resonates today in the fields of architecture, science, engineering and philosophy. Incorporating the classical sites of Olympia, Delphi, Mycenae and Epidaurus, and the extraordinary rock formations of the Meteora region, this tour also explores Greece's magnificent scenery, ancient ruins, monasteries and the man-made marvels of the Corinth Canal.

Morning tour of Athens, including Syntagma Square, Hadrian’s Arch, the Temple of Zeus and the Panathenaic Stadium. Finish at the Acropolis to view the Parthenon and visit the museum. Leave Athens and visit the Corinth Canal. Continue to Nafplion, with a stop at a local winery for a tasting. Stay at the Hotel Amalia (or similar) for 2 nights. (B, D)

Drive to Mycenae, the seat of King Agamemnon, who led the Greek armies against Troy. Visit the Lion's Gate, the Cyclopean Walls and the Royal Tombs. After lunch, depart for Nafplion a picturesque town nestling at the foot of a cliff. Continue to Epidaurus to visit the fourth-century theatre. Return to Nafplion. (B)

Travel to Monemvasia, a medieval fortresstown. Take a walking tour including the castle, perimeter walls, old mansions and churches, connected by narrow cobbled lanes. Time at leisure before dinner in the castle. Stay at Kinsterna Hotel (or similar) for 1 night. (B, D)

This morning travel to Sparta, the land of King Leonidas and the legendary Spartan soldiers. Continue to Mystras and visit the remains of the castle and old town. Visit the olive oil museum and learn about the history and culture of the olive and its production in Greece. Stay at the Filoxenia Hotel (or similar) in Kalamata for 1 night. (B, D)

Depart for Olympia, visiting an olive oil farm en route. Stay overnight in Olympia at the Europa Hotel (or similar). (B)

Visit the archaeological site of Olympia including the museum, stadium and Sanctuary of Olympian Zeus. Continue to Delphi. Stay 2 nights at the Amalia Hotel (or similar). (B)

A full day to enjoy the archaeological site and museum at Delphi, on the slopes of Mount Parnassus. Visit the Athenian Treasury, the Temple of Apollo and the museum containing masterpieces of ancient Greek sculpture. (B)

Travel to Kalambaka and visit the Natural History Museum of Meteora and Mushroom Museum. Take part in a demonstration of truffle hunting with dogs, followed by a snack of mushroom and truffle pasta. Stay at the Divani Meteora Hotel (or similar) for 2 nights. (B, L, D)

Depart from Kalambaka and transfer to the Archaeological Park of Dion, a sacred city of the Macedonians at the foot of Mount Olympus. The route back to Athens is quite long, but passes through the striking plain of Thessaly and the valley of Tempi. Dinner at a local restaurant in Athens’ ancient Plaka district. Stay at the Electra Hotel (or similar) for 1 night. (B, D)

Transfer to Athens airport and fly to London. (B)

Located 1km from the historical city centre, the Amalia Hotel Nauplion is a neoclassical-style hotel, set in a picturesque garden. All of the guest rooms, offer verandas with garden access or balconies with fortress of sea views and are styled in modern furniture coupled with locally produced handicrafts.

The Divani Meteora hotel offers an envious location and spectacular views of the Meteora rocks. The hotel's 165 rooms are stylishly decorated with oak-wood furnishings and facilities include an outdoor pool and a SPA with an indoor pool, sauna, steam room, hot tub and exercise room.

The 4-star Electra Hotel is located in the heart of Athens at the start of the main shopping boulevard, the Ermou, and just off Syntagma Square. It is also within walking distance of the Acropolis and other historical sites. The hotel features 106 elegantly furnished rooms and three junior suites. All rooms have a marble bathroom, air conditioning, flatscreen television, wireless internet access, safe and minibar. The restaurant serves an American buffet breakfast and offers a Mediterranean a la carte menu for lunch and dinner.

Located two kilometres from the centre of Kalamata and 30 kilometres from the historic ruins at Ancient Messini, the Filoxenia Hotel is a modern villa style property. The hotel has its own private beach, an outdoor pool with sea views and 188 air-conditioned rooms. A restaurant serving local and international cuisine, as well as a bar/lounge and library are also avaialble on-site.

The 4-star hotel Amalia is located within walking distance of the famous attractions of Delphi. The 185 rooms all have air-conditioning, television and en suite bathrooms. The hotel has a restaurant, bar and swimming pool.

Built on top of the Drouvas Hill in Ancient Olympia, the 4-star Best Western Hotel Europa has a great location for exploring the sights of Olympia. The 80 rooms each have air-conditioning, a minibar, a television and a safe. The hotel also has a restaurant, bar and outdoor swimming pool. 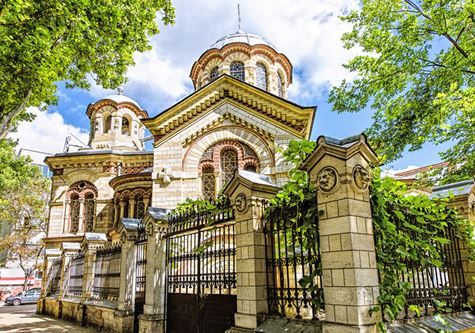 Cox and Kings Moldova and Ukraine
Discover one of the least visited regions of Europe on this exciting new group tour. Moldova may be small, but it's a proud nation, keen to show off their world-class viticulture. While Chisinau, is a quirky little capital like no other on the continent. 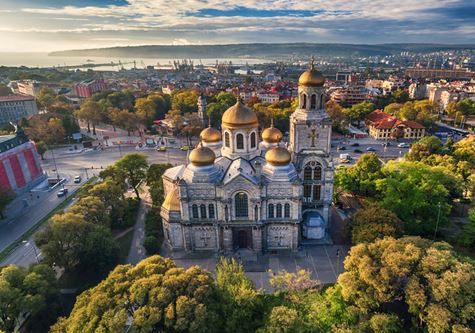 Cox and Kings Ancient and Modern Bulgaria
From frescoed domes to cubist concrete horseman, Bulgaria is a nation where ancient and modern collides in a truly dramatic way. This unique and varied tour takes in Roman ruins in Plovdiv, beautiful medieval monasteries and three of the largest communist monuments in the world. With free time to enjoy the mountain air and the sandy shores of the Black Sea. 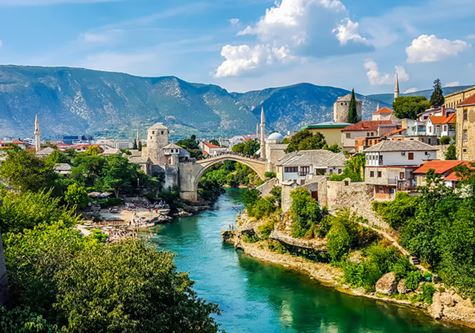 Cox and Kings Grand Tour of the Balkans
This tour explores four of the countries of former Yugoslavia - Serbia, Bosnia & Herzegovina, Montenegro and Croatia - each with contrasting scenery and distinctive cultures. Visit the highlights of the region including Belgrade, Dubrovnik, Mostar, and Sarajevo, where the influence of European, Ottoman and Slavic culture is evident in the ornate palaces, cathedrals and mosques. 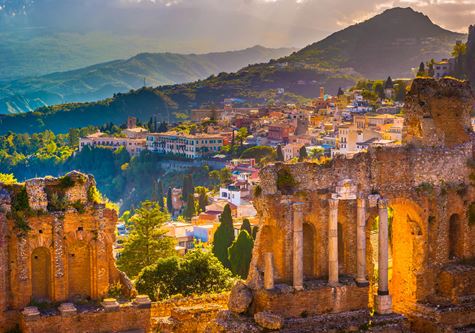 Cox and Kings Classic Sicily
The Mediterranean’s largest island, Sicily, is as culturally rich as it is beautiful. It is home to superb Norman architecture, vibrant Roman floor mosaics, Arab-inspired gardens, and probably the fi nest Greek temples to be found anywhere in the world. Alongside this, the island has some magnifi cent natural scenery, from volcanic Mount Etna to quiet beaches in the south. This tour takes you to the best that the island has to offer. 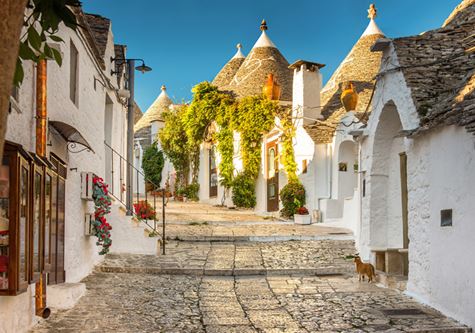 Cox and Kings Puglia and Basilicata
Known as ‘the heel of Italy’, the region of Puglia offers some of the country's most remote coastline and countryside, dotted with ancient sites and whitewashed towns. The neighbouring Basilicata region is a rustic area with both historic centres and fine beaches. Over the centuries, both regions have been influenced by ancient Greek, Roman and Norman rule, which is noticeable in the varied architecture and historic remains that you will see on this tour. 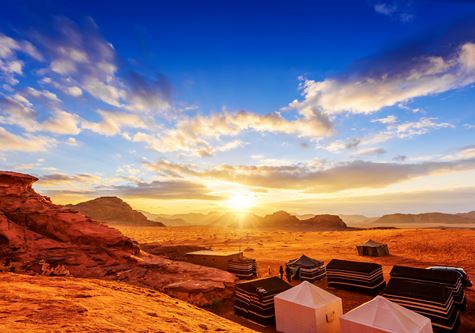 Cox and Kings Splendours of Jordan
This tour picks out the best of Jordan’s magnificent cultural heritage and stunning landscapes. Visit the classical city of Jerash, the biblical site of Mount Nebo, and Petra, the rock-hewn city. The shifting sands of Wadi Rum and the curative waters of the Dead Sea complete your exploration.
Why Book With Us?
Find Out More