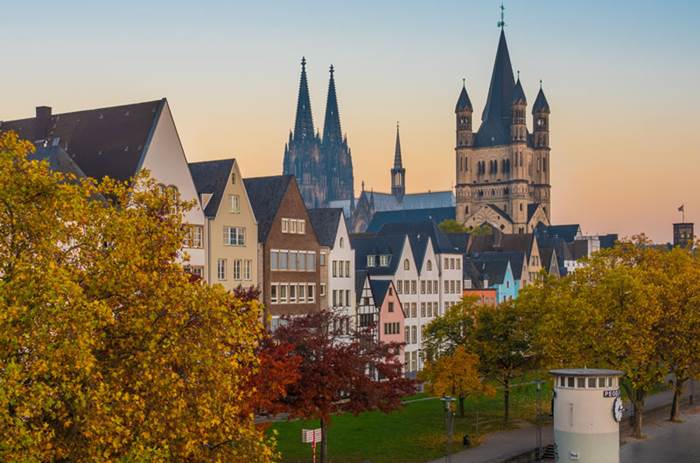 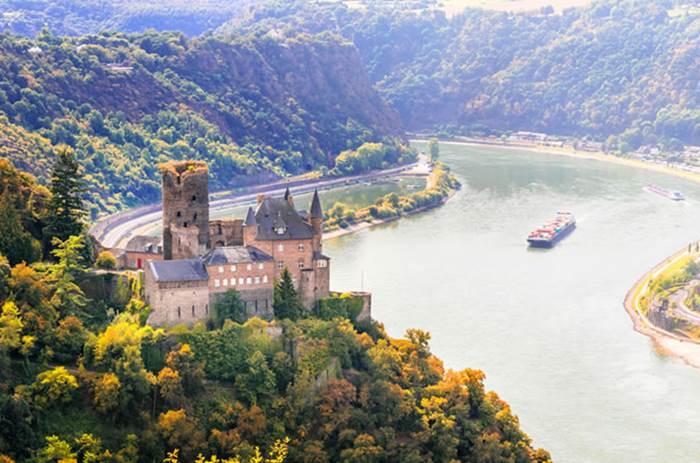 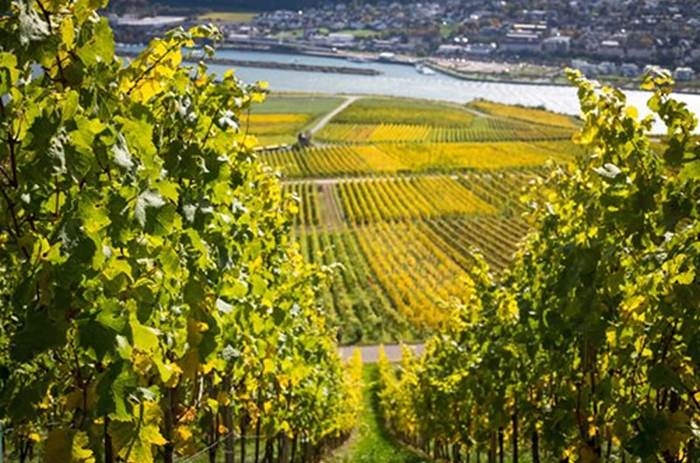 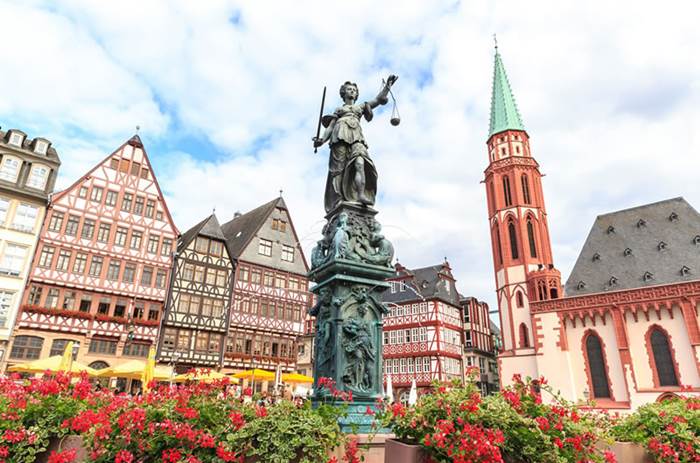 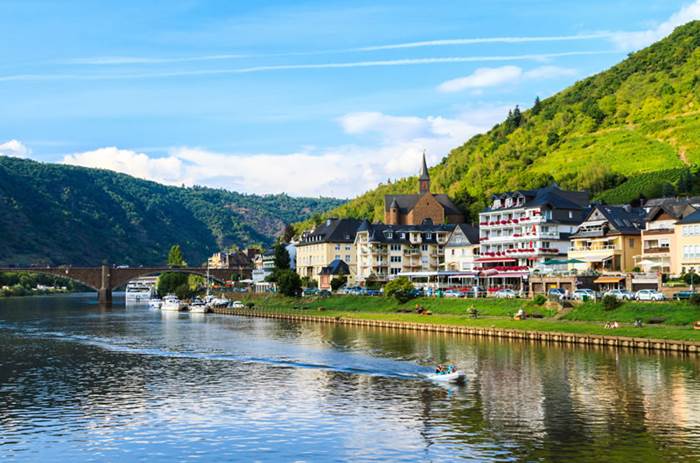 From the splendour of Cologne through the legendary Rhine Gorge to magical Rüdesheim and historic Koblenz, immerse yourself in the majesty of one of Europe’s most romantic rivers and celebrate the New Year in style on this unforgettable Rhine cruise.

Day 1 - Arrival in Cologne
Arrive at the airport for your flight to Düsseldorf or Cologne, or take the Eurostar to Brussels from London St Pancras International. On arrival, transfer by coach to your five-star cruise ship moored in historic Cologne, whose skyline is dominated by the twin spires of its magnificent cathedral. The dedicated English-speaking crew welcomes you on board and helps you to your cabin. After settling into your spacious and tastefully furnished accommodation, there’s time to familiarise yourself with this splendid ship.

Day 2 - Rhine Gorge & Rüdesheim
As you wake to a sumptuous breakfast, the delights of the Rhine begin to emerge as we proceed upstream past the first rolling hills of the Rhine Valley. Journeying further you explore the most famous of all the rivers’ reaches and a real highlight of the cruise, the dramatic Rhine Gorge: steep vineyards give way to almost vertical outcrops towering more than 600 feet above the sweeping valley sides of this wintry landscape.

Sailing past many ruined castles, there’s a real sense of the myths surrounding this historic river coming alive around you. The river twists and turns towards the famous Loreley Rock, where legend has it, unsuspecting sailors were lured to their deaths by enchanting maidens.  After lunch we moor in Rüdesheim, a classic Rhine wine village with crooked houses sloping down from wooded hillsides. If you imagine a typical Rhine town, then this would be it. During this afternoon’s delightful walking tour, witness the bustling marketplace, the half-timbered Klunkhardshof and Bromersburg Castle, which dates from 1275.

Enjoy some free time to make your own discoveries perhaps stopping for a warming Rüdesheim coffee with its fortifying shot of locally distilled Asbach brandy and a dollop of whipped cream. After welcome cocktails and another superb dinner, prepared by your chef, enjoy an entertaining folklore show in the welcoming surroundings of the ship’s lounge.

Day 3 - Frankfurt
During breakfast the ship effortlessly glides out of port as we commence another spectacular morning of cruising as our passage takes us up the Main River towards Frankfurt. Take in the glorious river views of this spectacular landscape at such a magical time of year as another delicious lunch is served in the ship’s restaurant. Set against a striking juxtaposition of medieval buildings and towering skyscrapers, Frankfurt is a dynamic international city. At its centre is the Römerberg, a charming cobbled square lined with historic buildings including Frankfurt’s impressive town hall and the 13th century St Nicholas Church.

This afternoon take in the sights on a guided tour. You’ll take a stroll through the atmospheric old town and admire the giant façade of Frankfurt’s towering cathedral, the Kaiserdom. In the 14th century the church gained cathedral status when it became the election site for emperors of the Holy Roman Empire. Between the 16th and 18th centuries Kaisers were also crowned here. There will also be free time for you to explore Frankfurt as you wish. Why not meander through the charming cobbled lanes of Sachsenhausen or cross the Eisener Steb and visit Germany’s oldest museum, the Städel where an extraordinary collection of art spans 700 years. You can’t leave Frankfurt without sampling its famous Apfelwein cider or if you prefer try Ebbelwoi, a wine made from apples.

Another delicious dinner is served on board as we re-join the Rhine and sail downstream towards Koblenz.

Day 4 - Koblenz on New Year's Eve
Enjoy a leisurely breakfast as you anticipate a morning of cruising. Wrap up warm and take to the deck for an invigorating breath of frosty air while a kaleidoscope of riverside views drifts by in all their winter glory.

There’s nothing quite like that feeling of anticipation when gliding alongside the promenade of a river port, and Koblenz – beautifully located at the confluence of the Rhine and Moselle Rivers – doesn’t disappoint. The city is immersed in two millennia of history: founded by the Romans, it was successively occupied by the Franks, chosen as a residence of the German prince electors, conquered by the French and fortified by the Prussians. All have left their marks in the city’s rich array of castles, churches and historic buildings. Koblenz is a romantic’s dream; forest-covered hillsides dominate the skyline, whilst the lower slopes are strewn with the pretty, half-timbered buildings so typical of the Rhineland.

After lunch in the ship’s restaurant enjoy a guided tour through ‘Old Koblenz’, a patchwork of narrow streets and squares. You’ll stop to see the principal monuments and admire beautifully restored historic house frontages and quaint hidden passageways. After free time to explore the historic old town further, it’s time to head back and dress to impress for this evening’s special appointment. Head to the inviting warmth of the ship’s lounge for an aperitif before a superb New Year’s Eve dinner. Gather with fellow passengers in the lounge and as the clock strikes midnight, welcoming in the New Year with celebration drinks and canapés.

Day 5 - Cologne on New Year's Day
Seek out a good vantage spot in the lounge, sink into a comfy chair and linger over a coffee as you take in the last views of the vine-covered valleys or, if you are feeling energetic, why not visit the ship’s fitness centre. An inviting New Year’s Day brunch is served in the ship’s restaurant as we sail towards Cologne.

This afternoon you can discover this fascinating city on our tour led by a local guide who’ll help you get the most out of your visit. We take in the twin-spired cathedral, the largest Gothic church in Northern Europe, miraculous survivor of Second World War bombing and a UNESCO World Heritage Site. It’s a truly monumental building, taking over 600 years to build and featuring myriad religious and art treasures and perhaps the most intricate stained glass windows in Europe. The gilded sarcophagus is said to contain the remains of the three kings from the Nativity story. We also see the vibrant old town, beautifully restored and boasting an abundance of cosy bars. You’ll have more free time to explore Cologne before returning to the ship this evening for the excellent Captain’s Dinner. Gather with new-found friends for an on-board classical musical concert in the lounge – surely the perfect ending to this magical New Year cruise.

After your final sumptuous dinner, gather with new-found friends for an on-board classical musical concert – surely the perfect ending to this magical New Year cruise.

Day 6 - Return Flight
Transfer to the train station or airport for your return flight to the UK. 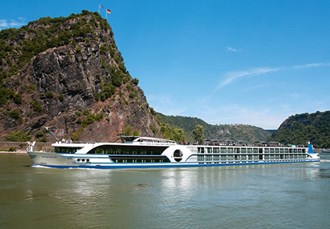 Complimentary Wi-Fi is available throughout the ship for the duration of your cruise. Please note that speeds may vary.

UK Citizens do not require a visa to enter Germany however must have a valid passport. For the most up-to-date passport and visa information visit https://www.gov.uk/foreign-travel-advice/germany/entry-requirements

We are unable to accept responsibility if you are unable to travel because you have not complied with any passport/entry/immigration requirements.

We want to ensure you make the correct choice before you book your holiday with us. If you have any concerns regarding the suitability of the holiday due to reduced mobility we would encourage you to contact us.

All transfer times listed here are approximate, and dependent on traffic. 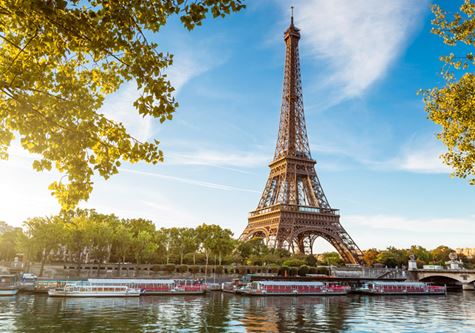 Riviera Travel Special Offers
Receive Up to €200 On Board Credit Per Cabin '23 European River Cruises Extra Solo cabins available on selected 2023 cruises Plus, extra savings on top from us! 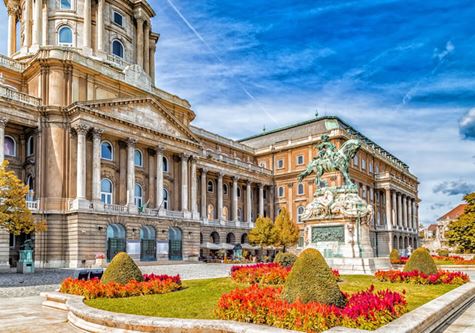 Riviera Travel New Year on the Danube
Welcome in the New Year on this splendid cruise along the mighty Danube.
from £1499 (per person) 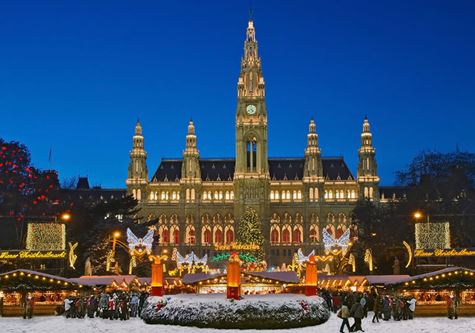 Riviera Travel Christmas on the Danube
Celebrate Christmas and experience all the pleasures of this joyous time of the year amidst the grand imperial cities of the magnificent Danube.
from £2089 (per person) 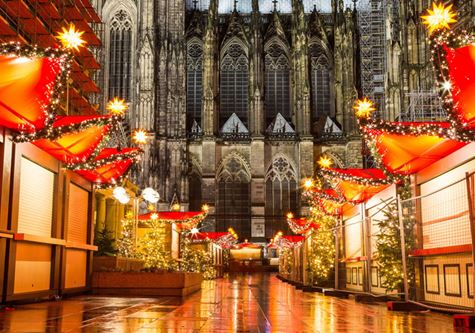 Riviera Travel Christmas on the Rhine
Glide past sleepy villages, explore idyllic riverside towns adorned with glittering lights and experience the unique ambience of the magical Yuletide markets.
from £2089 (per person) 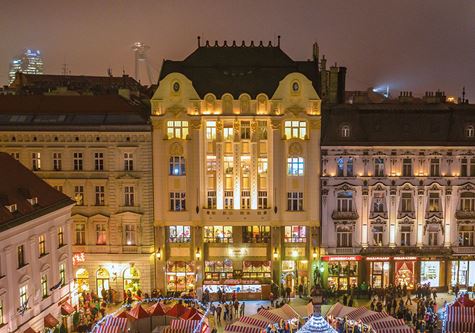 Riviera Travel The Danube’s Imperial Cities & Yuletide Markets River Cruise
Enjoy a guided tour of Budapest, Hungary's intriguing capital and imperial city of two halves spanning the river Danube, as well as a breathtaking cruise through the Danube Bend in all its wintry glory.
from £819 (per person) 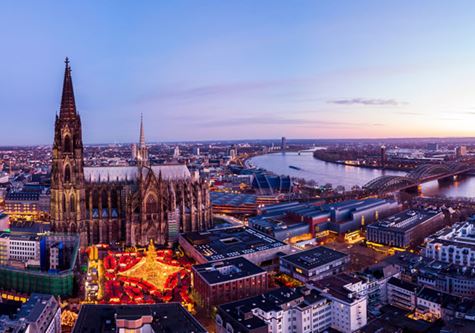 Enchanting Rhine & Yuletide Markets River Cruise
Discover the enchanting ambience of Germany's traditional Christmas markets, complete with a plethora of one-of-a-kind, inventive gift choices, as well as the gorgeous Rhineland in its wintry splendour.
from £889 (per person)
Why Book With Us?
Find Out More