Antigua, a port for pirates and famous for its rum is now a popular tourist destination. With shallow, light turquoise waters and white powder sand, the area is popular for tourists. Especially for those who wish to swim and snorkel with stingrays. Yet, with a rich colonial history, there are forts, vestiges and colonial towns to discover too. There is also an abundance of natural wildlife, birds, especially the huffing and puffing frigates are commonly seen.

What first attracted Admiral Horatio Nelson to establish Great Britain's most important Caribbean outpost on Antigua? Possibly the island's warm, steady winds, a complex coastline of safe harbours, and a protective, nearly unbroken wall of coral reef - it would make a perfect place to hide a fleet. Over 200 years later, the same blessed characteristics that appealed to the Royal Navy, make Antigua and Barbuda one of the Caribbean's premier holiday destinations.

The Trade Winds, that once blew British men-of-war safely into English Harbour, now help to create one of the world's leading maritime events, Sailing Week. Antigua's expansive, winding coastline which caused problems for outsiders to navigate, is where today's trekkers encounter a tremendous wealth of secluded, powdery soft beaches. The coral reefs, once the doom of many marauding enemy ships, now attract snorkelers and scuba divers from the four corners of the earth. The fascinating little island of Barbuda whose reefs once also served to protect the British fleet, is now home to an important bird sanctuary.

Antigua is the largest of the English-speaking Leeward Islands, being about 14 miles long by 11 miles wide and encompassing 108 square miles. Antigua's highest point is Boggy Peak (1319 ft.), in the southwestern corner of the island. Barbuda is a flat coral island with an area of 68 square miles, lying approximately 30 miles to the north. The nation also includes a tiny (0.6 square mile) uninhabited island, Redonda which is now a nature preserve. The Antigua/Barbuda population is approximately 68,000 and the capital is St. John's.

Blissful temperatures range from the mid-seventies in the winter to the mid-eighties in the summer. Annual rainfall is a lowly 45 inches, making it the sunniest of the Eastern Caribbean Islands. Northeast trade winds are nearly constant, dipping only in September. Humidity is low, year-round. 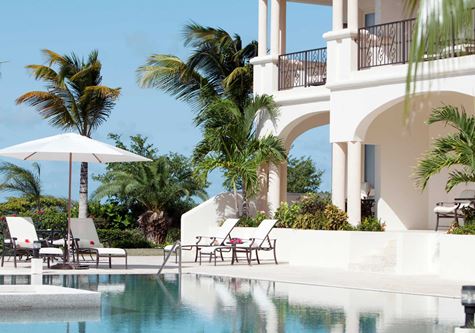 Kuoni Blue Waters & The Cove Suites
It won’t take you long to discover why this charming resort remains such a favourite amongst Caribtours’ clients and our staff. Set in 17 acres of gardens on a secluded cove, at Blue Waters you’ll find yourself instantly relaxing into the resort’s elegant, Caribbean ambiance. 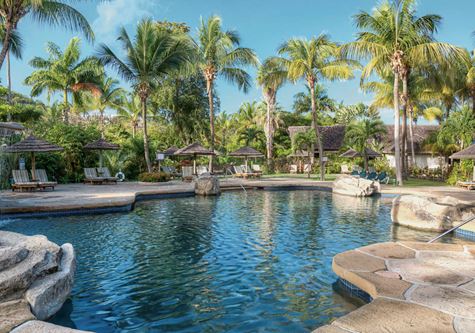 Kuoni Galley Bay Resort & Spa
With a beautiful setting and luxurious, typically Caribbean accommodation, this outstanding resort has one of the highest repeat guest rates amongst our clients and is a favourite with honeymooners. 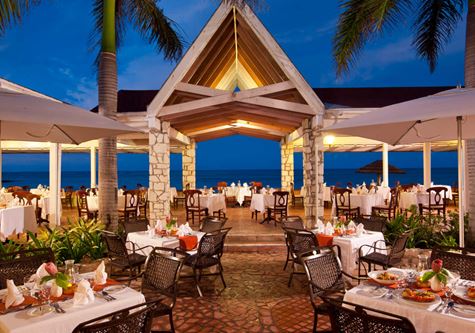 Kuoni Pineapple Beach Club
The Grand Pineapple Beach Antigua all inclusive resort is located in a tropical hideaway where the beach curves in a perfect 1,600 foot arc of brilliant, powdery white sand, enclosing a bay with aquamarine water so clear it literally takes your breath away. 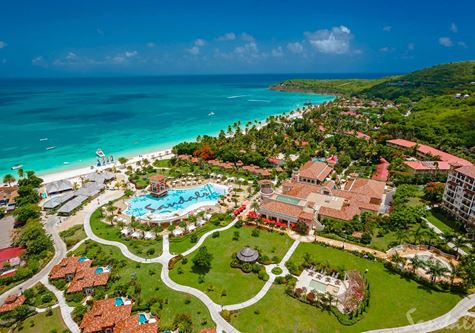 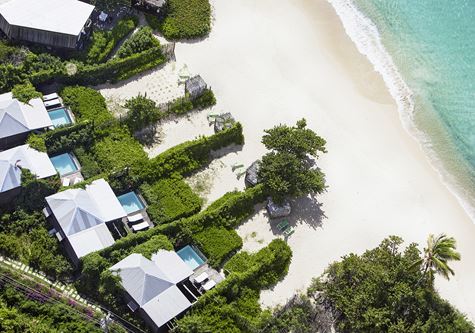 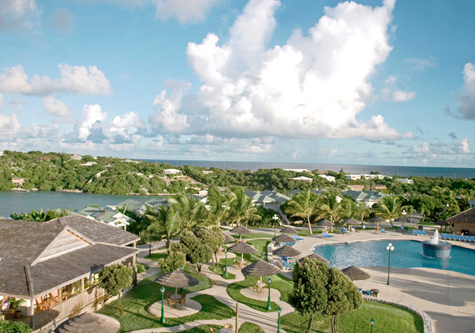