Consisting of 7 beautiful islands, the most popular being Tenerife, Lanzarote, Gran Canaria and Fuerteventura (the Magnificent Seven are completed by La Palma, la Gomera and El Hierro), the Canary Islands will entrance you with their outstanding natural beauty, sheer diversity and stunning national parks.  Closer to Africa - just 62 miles! - and the equator than the Spanish mainland, the near-perfect year-round climate makes these islands a perfect holiday destination.  If you're looking for virtually guaranteed sunshine (3,000 hours a year) and a flight time of around 4 hours - with some moonscapes thrown in for good measure - then look no further.

Sun-worshippers, rather unsurprisingly, come for the sun.  The beaches at Corralejo on Fuerteventura, for example, are considered to be among the very best in Europe, with miles of fine, soft sands.  Golfers come for the world-class golf courses, and windsurfers for the favourable winds and strong waves.  Nature-lovers visit for whale-watching (no less than 26 species can be spotted in the Canary Islands, including baleen whales, killer whales, pilot whales and even blue whales) and the chance to see the endangered Loggerhead Turtle, one of the largest hard-shelled turtles in the world.  Long sunny days, spectacular sunrises and sunsets, emerald green waters and award-winning family attractions, including Tenerife's Thai-themed Siam Park with its thrilling rides and gorgeous gardens - there's nowhere on earth quite like these volcanic islands, continually bathed in sunshine.

Formed from millions of years of volcanic eruptions, their origins are still prevalent in the islands' black and white sand beaches, rugged coastline and mountainous landscapes. You'll find the world's third-largest volcano, Mount Teide, and more than 100 other volcanoes on Tenerife's west coast. And no visit to Lanazarote is complete without a bus tour of the volcanic Timanfaya National Park.  The spectacular and ever-changing sand dunes of Maspalomas, meanwhile, are one of the most photographed places in Gran Canaria.  So with their world-class beaches, charming seaside villages, lush sub-tropical greenery and ideal year-round temperatures, the Canary Islands are the perfect destination for some summer and winter sun.

Which Canary Island Holiday Is Right For You?

Located in the sophisticated area of Maspalomas, the five-star Seaside Palm Beach resort really does live up to its name with a beautiful five-mile stretch of shoreline just 150 metres away.
Read More
Trustpilot

Perched high above the clear turquoise waters of the Atlantic Ocean, this 5-star resort boasts an idyllic Tenerife location, just minutes from the serene village of Playa San Juan and with direct access to its private secluded beach.
Read More
Trustpilot
Previous See All Offers Next 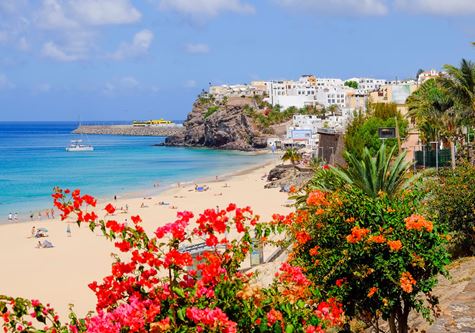 Fuerteventura
The oldest of the Canary Islands and the second largest after Tenerife, Fuerteventura with its weather conditions similar to Florida and Mexico, offers families all year-round glorious sunshine, miles of uninterrupted beaches and abundance of bars and restaurants. 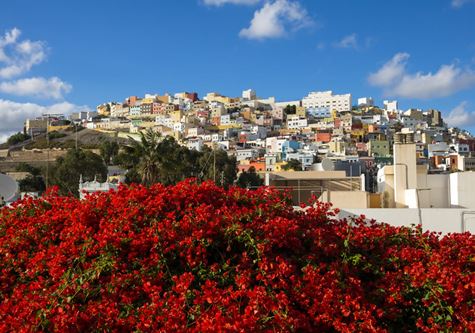 Gran Canaria
Gran Canaria is a firm favourite among families and couples alike thanks to its stunning coastline, spectacular golden beaches and wealth of family-friendly attractions. 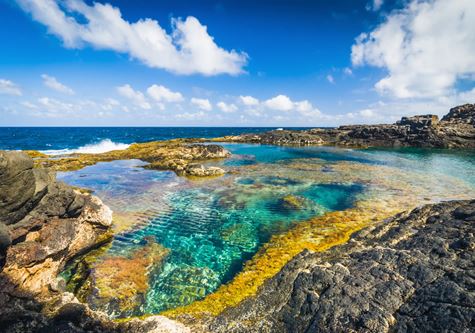 Lanzarote
Lanzarote is famous for its beach holidays but what is lesser known is its extraordinary geology of 300 volcanic cones.

Tenerife
This sun-kissed holiday hotspot is one of the largest of Spain's Canary Islands.