Titan - The Best of New Zealand
Enquire for Huge Savings 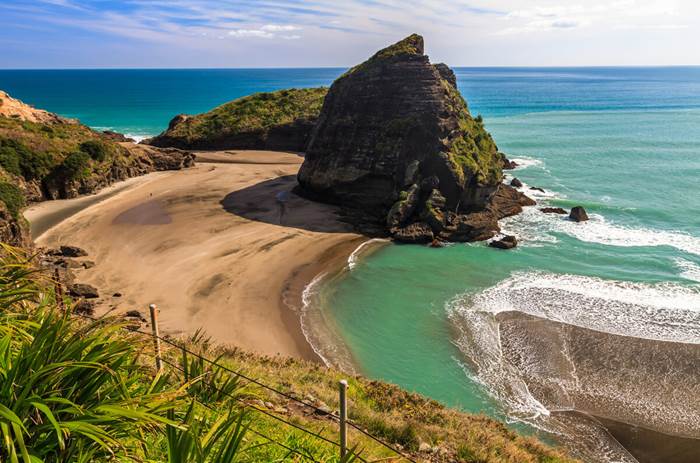 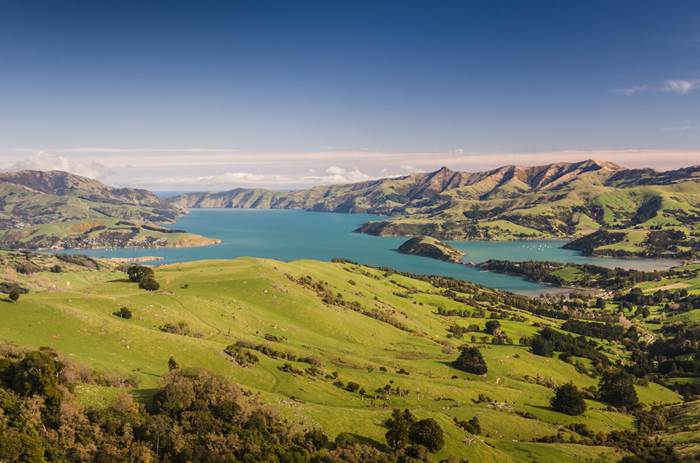 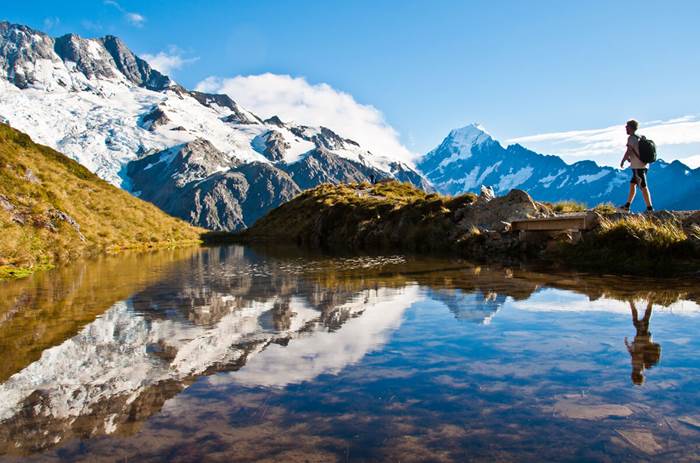 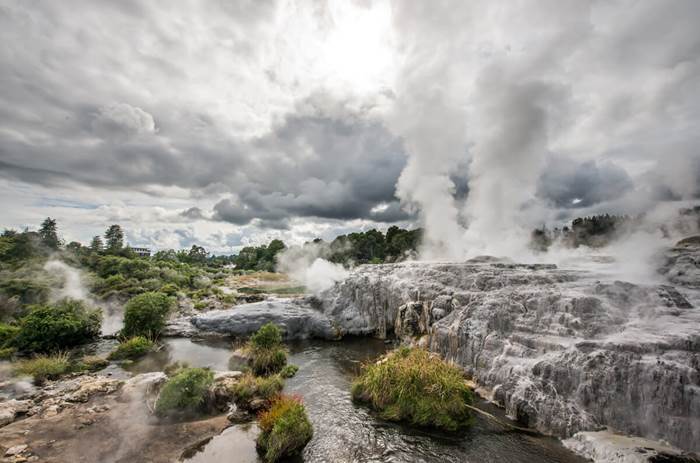 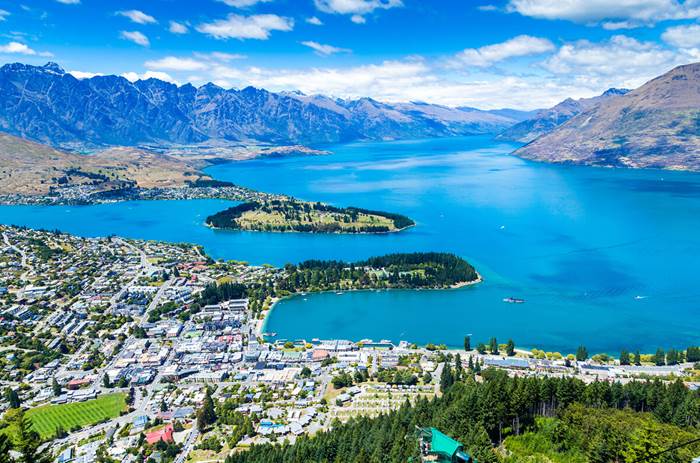 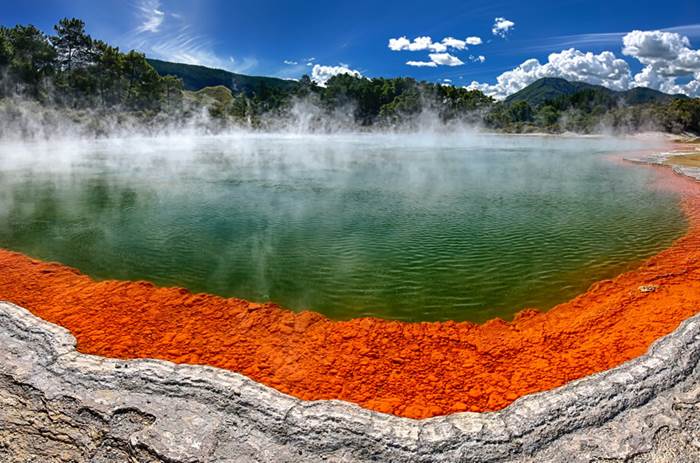 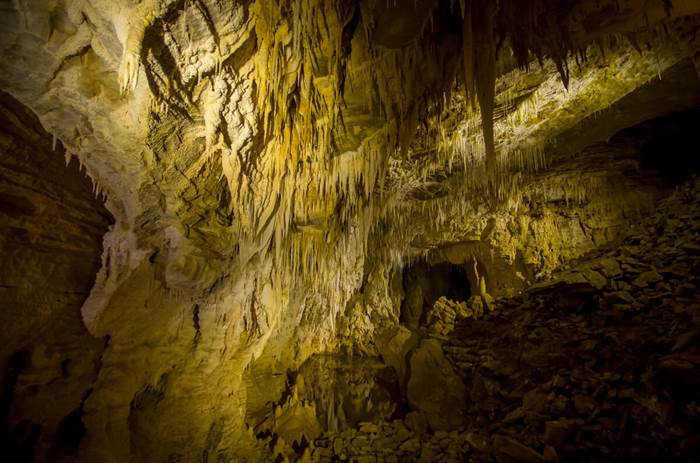 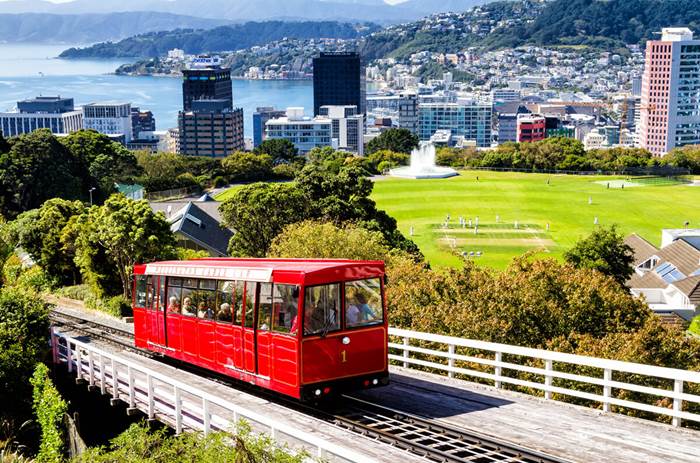 An intoxicating fusion of natural beauty, big-city cool and Maori culture, New Zealand is well worth the long journey. This tour introduces the country’s dramatic scenery - snow-capped mountains, fiords, glaciers - along with award-winning wine regions. You’ll spend time in the laid-back cities, including two nights each in capital city Wellington and the ‘City of Sails’, Auckland. And you’ll finish with a flourish, with three nights in the Bay of Islands, home to soaring sand dunes and a rugged coastline.

Titan’s VIP door-to-door travel service collects you from home for your flight to Auckland and connecting flight to Christchurch.

‘Haere Mai’ (Welcome). Having travelled through several time zones we arrive in Auckland where we connect with our onward flight to Christchurch.

Leaving Christchurch we travel south to Dunedin, elegant in its splendid hill and harbour setting. Known as the ‘Edinburgh of the South’, because of the strong Scottish influence in the area, Dunedin is home to New Zealand’s only kilt shop and produces the country’s whisky.

Leaving this charming city, with its seven hills reminiscent of Rome and century-old bluestone university buildings, we travel across rich Southland plains through Gore, the country music capital of New Zealand, before arriving at the gateway to Fiordland National Park. The Fiordland National Park is one of the largest in the world, known for its spectacular waterfalls, dense native forest and rare birds.

We drive along the Eglinton and Hollyford Valleys, the thick bush and alpine aspect providing one of the most rewarding journeys in the country, to Milford Sound, commanded by the spectacular Mitre Peak.

This morning we visit Gibbston Valley Winery before we journey into the heart of the Southern Alps where we have our first glimpse of Mount Cook, known as ‘Cloud Piercer’ by the Maori, towering 3,754 metres above sea level.

Head north across the plains to the coastal town of Kaikoura, famous for its crayfish. At Picton we leave the South Island and steam across the spectacular Cook Strait on the comfortable inter-island ferry.

We take a short orientation tour of the city, which is often compared with San Francisco. Visitors generally agree that the harbour is the most beautiful in the country. The remainder of the day is at leisure and there are several attractions that are worthy of exploration, none more so than New Zealand’s national museum, Te Papa.

We head north this morning, stopping at Huka Falls, where the wide Waikato River squeezes through a narrow gorge and down a 20m drop into a beautiful aquamarine pool. We then visit the Whakarewarewa Thermal Village, where the Tuhourangi/Ngati Wahiao tribe have opened their doors to share their way of life for over 200 years. ngton - Rotorua.

This morning we visit visit Wai-O-Tapu, the most colourful and diverse of thermal reserves with its Primrose Terraces and Champagne Pool, after which we continue to see the Lady Knox geyser erupting. We then head to Rainbow Springs, one of the world’s most magnificent trout and wildlife habitats, where you have a chance to see the rare, flightless kiwi.

We travel to the Waitomo Caves and take a boat along the underground river to see the glow-worms, spectacular in the darkness of the grotto.

Crossing the harbour bridge spanning the delightful Waitemata Harbour this morning, we can look back at Auckland’s famous landmark Rangitoto Island before heading to Northland, the birthplace of the nation. We drive along the west coast, passing sleepy harbourside hamlets and native forests, home to huge ancient kauri trees.

Following breakfast this morning we embark on a delightful cruise around the bay to see Cape Brett lighthouse and view an area for game fishing where there may be a close encounter with a seal, dolphin or whale. We also cruise into the grand Cathedral Cave and through the ‘Hole in the Rock’. Later we transfer back to the hotel where the remainder of the day is at leisure.

Breakfast is included this morning before leaving the Bay of Islands behind as we head south along the Hibiscus Coast and return to Auckland and the airport for your return flight to the UK.

Upon arrival, your Titan vehicle will be waiting for the journey home. 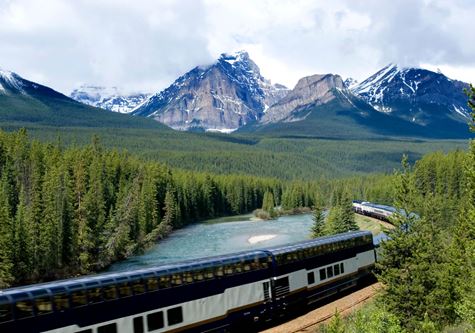 Titan Rocky Mountain Railtour
A snapshot of the best of Western Canada, this tour embraces the wild majesty of the Canadian Rockies. You’ll rumble through the best of the region’s scenery aboard the luxurious Rocky Mountaineer train, part of the country’s grand rail travel tradition. As you go, take in panoramic views of the snow-capped mountains, dramatic ice fields, thunderous waterfalls and glacial lakes. 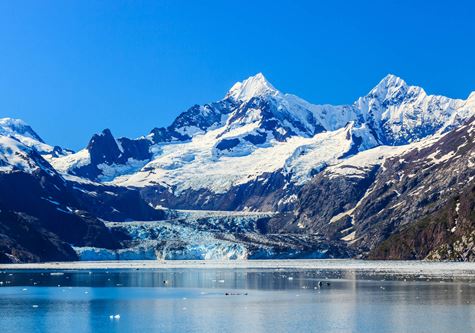 Titan Deluxe Alaskan Voyage
Captivating vistas unfold on every turn of this trip through some of Canada and Alaska’s most mesmerising scenery. Starting in spectacular Banff, take the iconic Rocky Mountaineer railway through forested valleys and over mountain passes. You’ll then board a week-long cruise - spot harbour seals, humpback whales, swooping eagles and more as you sail past the monumental glaciers and snow-dusted mountains of the Alaskan fjords. 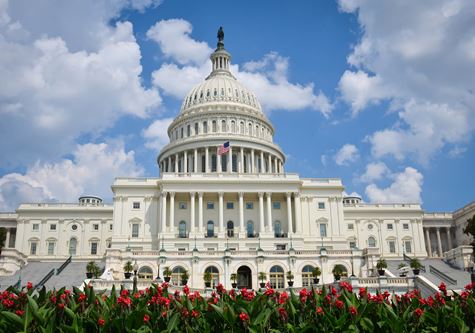 Titan - Eastern Extravaganza
Journey from Toronto to Washington DC, travelling via some of the most iconic cities in Canada and the US. And as well as seeing the sights in the likes of New York, Boston, Philadelphia and Ottawa, we’ll detour to picturesque small towns and take in the famous New England scenery. 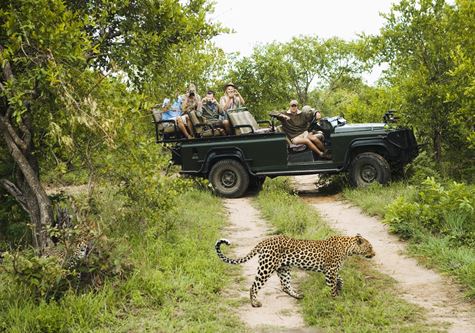 Titan - Sensational South Africa
This South Africa ‘top three’ tour offers you a wonderfully diverse experience of a remarkable country. You’ll head out to spot the Big Five and other local inhabitants on a 4WD safari in the renowned Kruger National Park. Then, travel the dramatic Garden Route coastal road, before taking a cruise across the wildlife-rich Knysna lagoon. Finally, spend four nights exploring beautiful Cape Town, including Table Mountain and Boulders Beach. 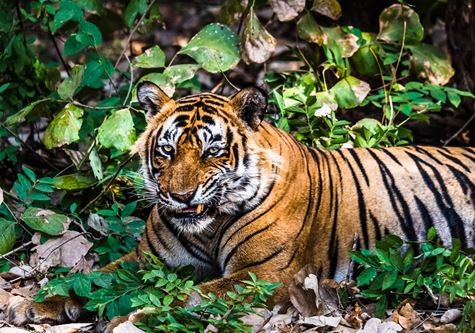 Titan - India's Golden Triangle
This fantastic introduction to India combines the three cities of the ‘Golden Triangle’ with a couple of days in Ranthambore National Park. Journeying in a loop from Delhi, you’ll tick off highlights including the Taj Mahal and the forts and pink-hued palaces of Jaipur. 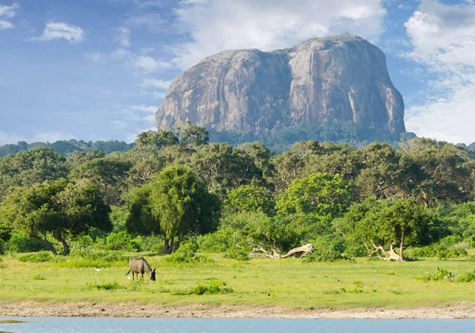 Titan - The Best of Sri Lanka
Starting and finishing in the island’s capital, Colombo, you’ll journey to Buddhist temples and botanical gardens, stopping to sample some of the world’s best tea along the way. 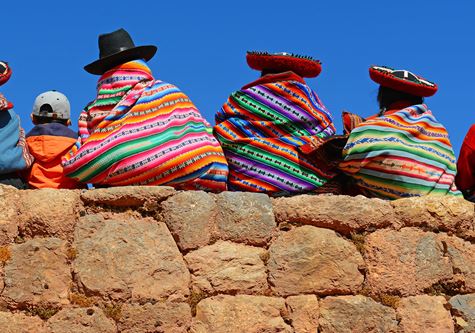 Titan - Footsteps of the Incas
In Peru, archaeological treasures are weaved seamlessly among sweeping, unspoiled valleys and the mountain scenery of the Andes. Add into the mix a host of vibrant and friendly locals, and you’ll soon realize there’s much more to discover here than just llamas and knitted chullo.
Why Book With Us?
Find Out More