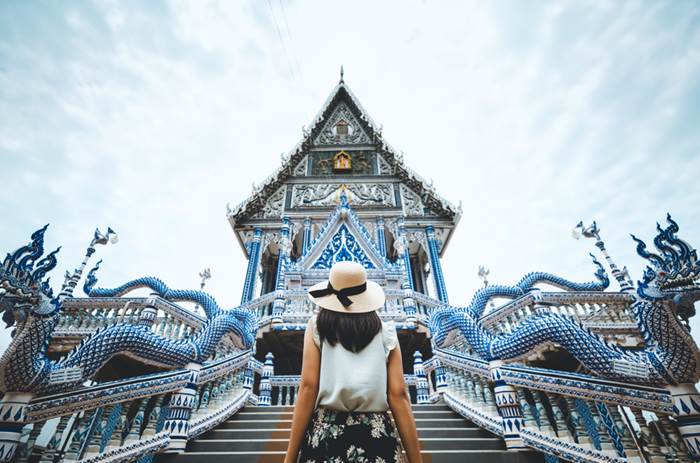 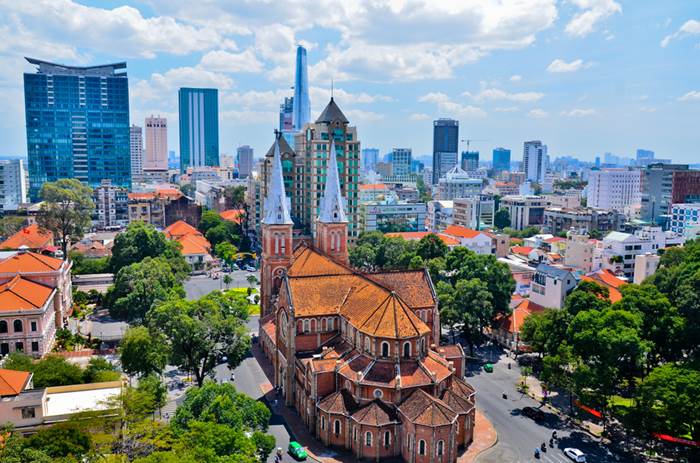 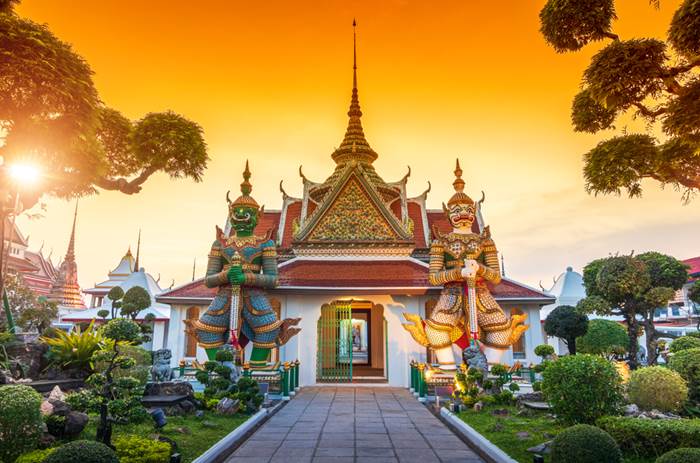 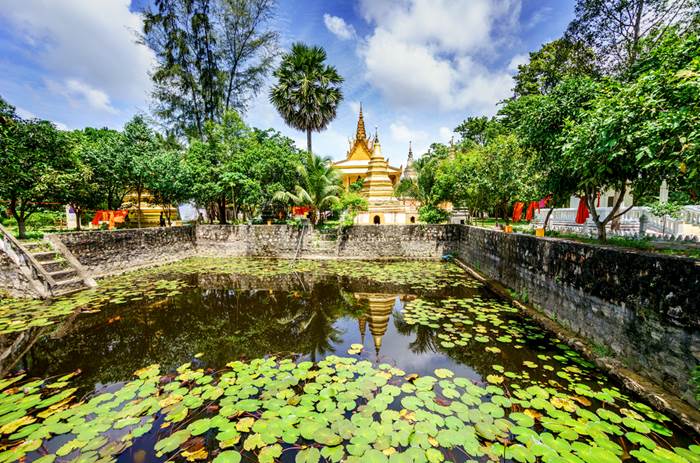 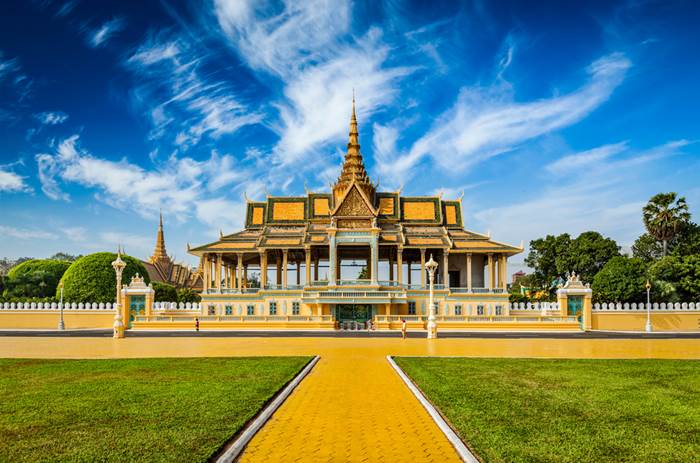 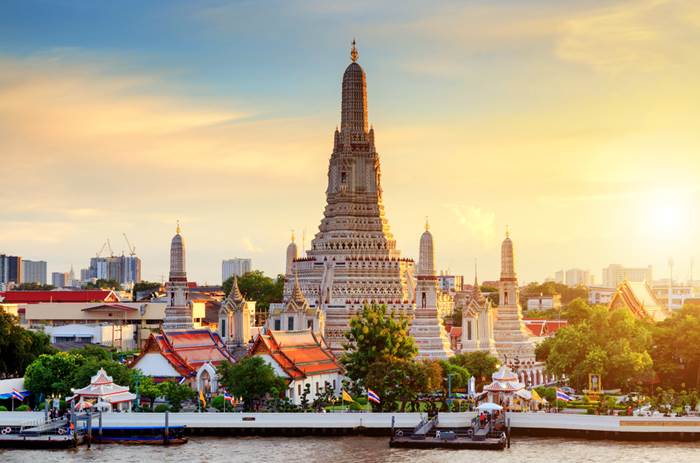 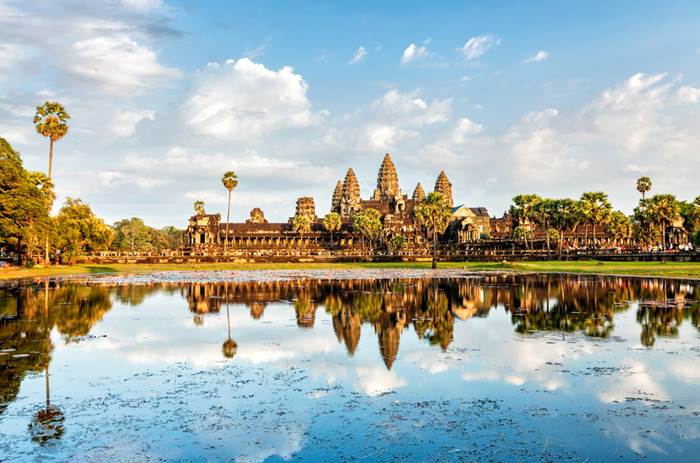 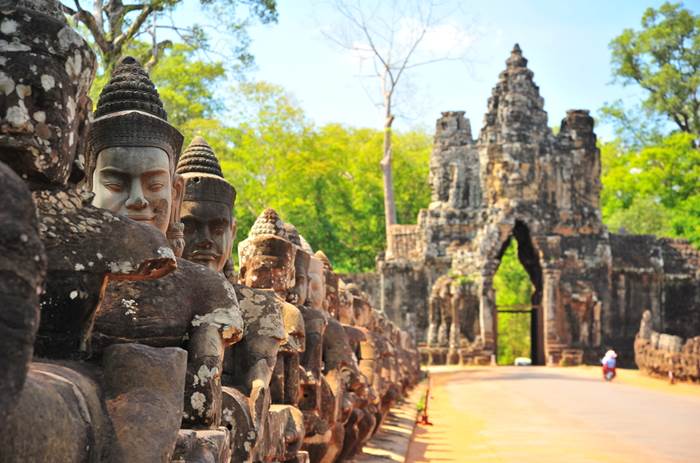 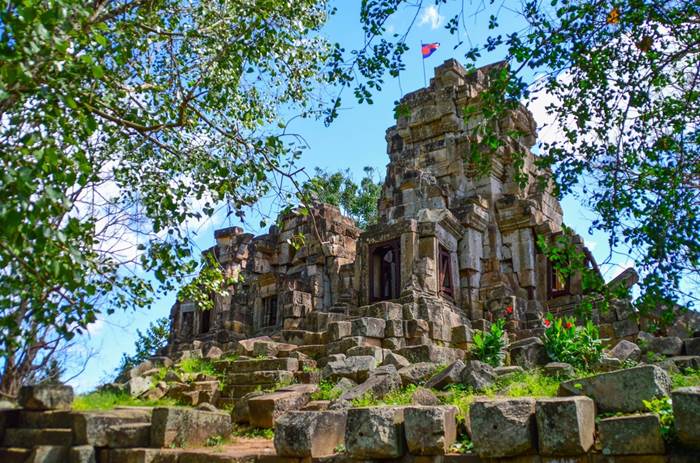 Immerse yourself in the beauty and diversity of Thailand, Vietnam and Cambodia on this 14-day tour. From Bangkok to Ho Chi Minh City, you will uncover historic temple ruins, flourishing rainforests, incredible villages, and much more.

Our adventure will begin in Thailand’s bustling capital: Bangkok. Amid the city’s multitude of markets, tuk-tuks and street food vendors, our tranquil hotel will make for an excellent meeting point following our included airport transfer. Tonight, we’ll get to know each other over a feast of traditional Thai cuisine at our welcome dinner.

In true Back-Roads style, today we’ll venture out to explore some of Bangkok’s lesser-known gems - and what better way to see another side to the Thai capital than aboard a long-tailed boat on the khlongs (canals)? As we float through the city’s maze of waterways, we’ll stop off at the Artist Village of Bang Luang, where we’ll have the opportunity to peruse the array of locally-made goods. Later, we’ll trade the khlongs in for a cruise along the Chao Phraya River - with an awe-inspiring final stop at the magnificent temple of Wat Arun. This evening, there’s a gourmet experience in store: a whistle-stop street food tour by tuk-tuk.

Next stop, Chanthaburi - with a stop at a traditional Thai chilli plantation along the way. After learning how the spicy peppers are grown, we’ll trade the countryside for the town, where a walking tour awaits. Interestingly, Chanthaburi is home to one of the largest Catholic churches in Thailand - the Cathedral of the Immaculate Conception - and today we’ll have the opportunity to see its colourful stained glass windows and 20 metre-high towers for ourselves.

This morning, we’ll take some time to wander a local market in Chanthaburi before making tracks to Battambang - our first Cambodian stop. With charming French colonial architecture, laid-back riverside cafés and lots of nearby temples and shrines, it’s easy to see why travellers fall in love with this city. On the agenda for this afternoon? A walking tour, complete with an included visit to the Governor’s Residence - a colonial building filled with original items of furniture dating back to the early 1900s. Later on today, we’ll explore the village of Wat Kor, where we’ll visit a traditional wooden house and learn more about Khmer history from the knowledgeable locals. After a scenic boat trip along the Stung Sangke river, we’ll move on to Phnom Sampeau - a series of caves that were once a stronghold of the Khmer Rouge.

First today: a visit to Wat Phnom Banan, an imposing 11th-century temple perched high at the top of a hill. After taking in the incredible views of the surrounding area, we’ll move on to a local vineyard, where you may wish to sample a glass of the region’s finest. Then: it’s onwards to Siem Reap. When we get there, you’ll be free to spend the evening relaxing, discovering the local area or hunting down some authentic Khmer cuisine.

We’ll start the day by taking a closer look at the South Gate of Angkor Thom and the richly decorated Bayon, known for the hundreds of smiling faces that grace its towers. We’ll then take in some impressive views from Phimenakas and explore the Terraces of the Elephants and Leper Kings before moving on to one of the most iconic temples of all: Ta Prohm, an enchanting ruin engulfed by the roots of silk-cotton trees and strangler figs. After lunch in Siem Reap, it’s time for the main event: a tour of the magnificent Angkor Wat, the world’s largest religious monument. We’ll round off our day by watching a memorable sunset from the top of the mountain temple of Pre Rup before returning to the hotel for the night.

After a short drive to the edge of Tonlé Sap Lake, we’ll embark on a scenic boat ride through the area’s thick mangrove forest. Our destination? Kampong Phluk, a floating village built on wooden stilts, where we’ll gain a unique insight into life on the water. After our boat trip, we’ll continue to the small village of Chansar, where we’ll enjoy a traditional lunch courtesy of a Khmer broom-making family. Back in Siem Reap this evening, you’ll have plenty of time to relax and unwind.

Today we’ll leave Siem Reap behind us begin our journey to Phnom Penh - with a pit stop in Skuon along the way. Thanks to its famous fried tarantula delicacies, this otherwise unassuming town is known as ‘Spiderville’. Not to worry, though - a delicious spider-free lunch awaits us in the Cambodian capital later on this afternoon. After some free time at the hotel, we’ll come back together for this evening’s entertainment: a cyclo tour of the city’s most fascinating sights.

This morning, we’ll return to the city centre for a walking tour - beginning at the impressive Royal Palace, the home of reigning monarch King Norodom Sihamoni. We’ll have time to explore the coronation hall, the open air theatre and the Silver Pagoda within the palace grounds before paying a sobering visit to the Tuol Sleng Genocide Museum: a former prison of the Khmer Rouge that now documents the atrocities commited against thousands of Cambodians during the late 1970s. Our afternoon will continue with a moving visit to the Killing Fields, where the brutal executions of more than 17,000 men, women and children took place. After taking some time to reflect, we’ll return to the hotel for the afternoon.

After a leisurely breakfast, we’ll depart the hotel and head to the dock - where we’ll embark on a scenic speedboat ride through the lush green paddy fields of the Mekong Delta. Our destination? Chau Doc, a colourful Vietnamese town that’s famous for its floating markets. Here, the evening will be yours to spend exploring the streets, indulging in a treatment at the hotel spa or enjoying the magnificent views over the river.

An important trading hub for the surrounding countryside, Chau Doc’s narrow streets are filled with all manner of shops, stalls and sellers - from bicycle repair men to palm nut merchants. This morning we’ll learn more about the region’s agricultural practices on a walking tour of the covered market - with the opportunity to taste some local specialties along the way. Later this morning, we’ll take to the water once more for a boat trip of the area’s floating farms and a traditional Cham village. We’ll stop off for an included lunch at an authentic Vietnamese restaurant before getting back on the road this afternoon. The vibrant city of Can Tho awaits!

First today: a visit to Cai Rang, the largest floating market in the Mekong Delta, followed by a tour of an idyllic fruit garden. After coming together for an included lunch, we’ll climb aboard the mini-coach and set a course for the incomparable Ho Chi Minh City. Dynamic, exhilarating and full of energy, this is a one-of-a-kind metropolis that must be experienced to be believed.

Today we’ll delve into the lives of the soldiers who fought during the Vietnam War on an included visit to the Cu Chi Tunnels. This cramped network of underground passageways was central to the war’s strategic operations - including the famous Tet Offensive of 1968 - and stands as testament to the resilience of the Vietnamese people. After emerging back into the daylight, we’ll return to Ho Chi Minh City - where we’ll gather together for one last Vietnamese dinner at a local restaurant. What better way to round off the trip?

Our final day together will begin with a visit to the Independence Palace - the very spot where a North Vietnamese tank crashed through the gates and ended the war in 1975. The historical theme will continue as we tour the sobering exhibits of the War Remnants Museum, which include American military equipment, haunting photographic displays and the so-called ‘tiger cages’ that were once used to imprison political prisoners. After a walking tour of the Central Post Office, Notre-Dame Cathedral, the Opera House and City Hall, we’ll have plenty of time to pick up some final souvenirs at Ben Thanh market before we go our separate ways.