Malaysia is becoming an increasingly popular holiday destination.  White sand beaches fringe the sunrise-drenched coasts and jewel-like islands. Wooden kampung houses squat amid coconut groves and rubber plantations and everyone seems to be smiling about how wholesome life can be.

Pahang, the largest state in Peninsular Malaysia is an ideal destination for anyone looking for an adventure, loves the nature and lots of outdoor activities. It is covered by verdant rainforests which are among the oldest in the world and boasts some 210 kilometres of splendid South China Sea coastline on its eastern flank which offers the finest in beaches such as the famous Cherating, Teluk Chempedak and Pulau Tioman.

Pulau Tioman, acknowledged as one of the world's most beautiful islands is a popular retreat for sun seekers and diving enthusiasts for its gorgeous beaches and diving spots where marine life thrives.

Mountainous-forested interior dominates the state and culminates in Taman Negara, Malaysia's largest National park with the focus point, Gunung Tahan - the Peninsula Malaysia's highest peak. The rainforests in Malaysia are among the oldest in the world: roughly 130 million years old.

The five major highlands retreats and resorts of Malaysia, Cameron Highlands, Genting Highlands, Fraser's Hill, Bukit Tinggi and Janda Baik are also within Pahang and are favourite getaway spots to both the locals and tourists who seek an escape from the tropical heat.

Cameron Highlands, with its cool climate, is home to Malaysia's tea, vegetable and flower growing industries. Fraser's Hill which is only about 100 km from Kuala Lumpur, is another cool hill resort dotted with quaint and colonial holiday bungalows. Genting Highlands is an hour by road from KL and is the perfect escapade for those seeking relaxation in a cool mountain setting.

Kuantan, the state capital, is not only fast developing as a commercial town but is also a popular seaside resort. Pekan, the royal town is situated 45 km south of Kuantan.

Malaysia basks in year-round sunshine; the heaviest rainfall occurs between November to February in Borneo and the East Coast.

Direct airlines include British Airways and Malaysia Airlines. Emirates and Qatar Airways have great connections through Dubai and Doha and Singapore Airlines fly via Singapore.

An exceptional natural setting between the jungle and the South China Sea. Cherating Beach seems to be perched on the east coast of Malaysia like a tropical Garden of Eden by a jade-coloured sea.
Read More
Trustpilot 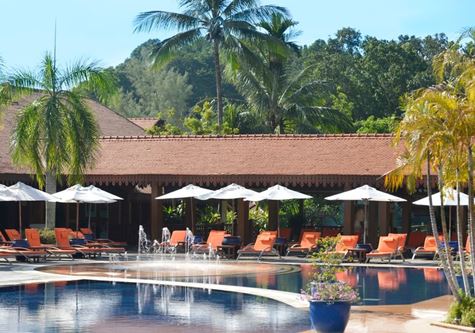 Club Med Cherating Beach
An exceptional natural setting between the jungle and the South China Sea. Cherating Beach seems to be perched on the east coast of Malaysia like a tropical Garden of Eden by a jade-coloured sea. 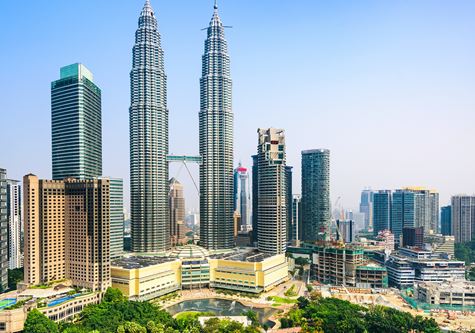 Riviera Travel: Malaysia, Borneo & Singapore
Experience the history of Malaysia, its modern mix of cultures, incredible cuisine and the natural treasures of tropical Borneo, the land of the Orang Utan, before relaxing at the sumptuous Shangri-La Rasa Ria Resort and continuing on to the bright lights of Singapore.
from £2099 (per person)