These are polar opposites, quite literally (Antarctica comes from the Greek for 'opposite to the north'), but both are teeming with wildlife, history and adventure. Take a cruise to the frozen frontiers of the Arctic or Antarctic oceans and marvel at the wondrous scenery, from snow-capped mountains and ice-dotted bays to stunning white and blue icebergs. If you are lucky, you may catch a glimpse of one turning over, a rare but incredible experience when the iceberg bares its mottled, glass-like blue underneath, created over centuries and breaching the surface for the first time.

The Arctic consists of the Arctic Ocean and other seas, together with parts of Alaska, Canada, Russia, Finland, Greenland, Sweden, Norway and Iceland (only just!).  To give you an idea of how vast the Arctic is, Greenland is the world's largest island (and home to the most northerly national park on the planet).  Baffin Island, also in the Arctic, is Canada's largest island and also the fifth largest in the world.  Unforgettable memories waiting to be made will comprise towering cliffs, ancient glaciers, long abandoned whaling stations, rugged mountains and, just maybe, the fantastical spectacle of the Northern Lights.

The immensity and vastness of Antarctica is overwhelming - the surreal remoteness, extreme cold, enormous ice shelves and mountain ranges are the backdrop for the most amazing adventure. Watch the serene dance of whales, come face to face with seals or watch the frenetic buzz of Emperor Penguins as they huddle together for warmth. You can climb Antarctic peaks, kayak in icy waters, traverse the crevasses of a glacier or simply read the Penguin News, the weekly newspaper for the Falklands.  Fascinating guest speakers will bring to life this amazing polar region.  And the coldest temperature ever recorded on Earth was an unbelievable minus 89.2 degrees Celsius, at Russia's Vostok research station in 1983, so Antarctica can claim to be the coolest holiday destination on the planet! 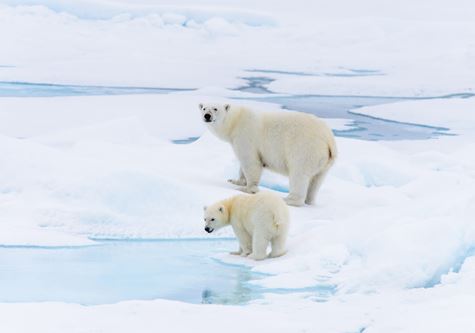 Arctic Circle
An enigmatic landscape and diverse ecosystem, the Arctic is just as formidable as it is beautiful. Search for the northern lights and catch sights of the elusive polar bear, try and spot an arctic fox and if you are lucky, experience the incredible midnight sun. 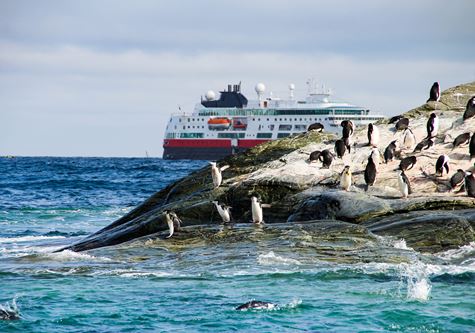 Antarctica
Floating on an expedition through the inky abyss of the Antarctic is unlike any other experience you will have, The excitement of discovering a land where few will go, untouched by humans and ruled by the animals you will see tribes of penguins and majestic ice fjords.