As a continent of 54 countries, Africa offers an incredibly exciting opportunity to travel across a plethora of diverse countries. Each, with a rich culture and heritage, we are drawn to learn, discover and explore. From dry desolate deserts with green oases to enchanting coastal towns and lush jungles teeming with wildlife, Africa is a new adventure waiting to be explored.

Don’t miss the Pyramids of Giza and the Valley of Kings in Egypt, where you will be in awe of ancient civilisations, mythology and culture. Make sure you visit the Devil's Pool near Victoria Falls in Zambia and bathe next to the beautiful waterfalls. For more archaeological sites, Lalibela in Ethiopia, offers a semi-excavated ruin of huge proportions, while Western Kenya offers the chance to see the exotic wildlife of the Masai Mara. Witness ancient customs and traditions that are still kept alive today.

When to go to Africa for Safaris

Africa is warm and sunny throughout most of the year, but certain countries and even regions experience a variety of climates.

When to go on a Southern Africa safari: the dry season in Southern Africa is between May and October, and this is best for spotting wildlife as magnificent beasts gather at waterholes. The wet season is between December and March, a hot and often humid period with short bursts of rain.

When to go on an East Africa safari: most Kenya safari destinations are at their best between January and the end of March, when the climate is mild and dry. For the Masai Mara migration, however, you'll need to go between mid-August and late October, when the herds have returned. Safaris in Tanzania are most popular between June and October, but the best time to go for the wildebeest migration is between mid-December and March (southern Serengeti) and July to October (northern Serengeti).

The Best Safari Destinations in Africa

10 of South Africa's Most Iconic Places to Visit 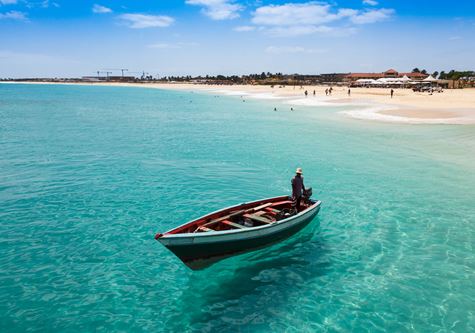 Cape Verde
This stunning archipelago consists of 10 stunning beautiful and diverse islands off the West coast of Africa. Choose to visit for a beach break, a hiking adventure up incredible mountains on Santo Atao, a cultural break in Cape Verde's music scene in Sao Vicente or to visit an active volcano on Fogo. 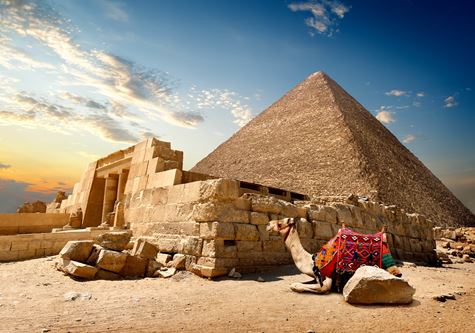 Egypt
Experience the true wonders of Egypt - its monumental temples and tombs, its bustling cities and a captivating riverside way of life little changed in centuries. 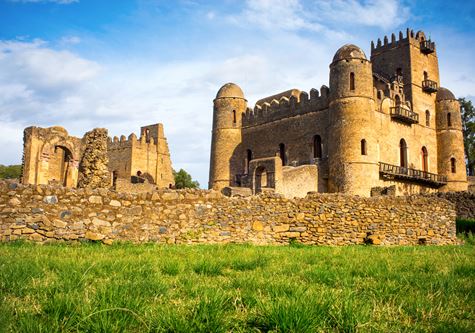 Ethiopia
Ethiopia offers so much in diverse landscapes. You can discover the everchanging landscapes by trekking more than 3000m above sea level in the Simien and Bale mountains or go beneath sea level whilst visiting the Danakil Depression. 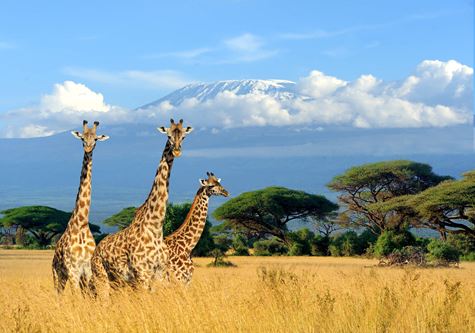 Kenya
Kenya is the epitome of Africa, with Baobab trees silhouetted against the red savannah, snow-capped mountain of Mount Kenya, changing landscapes from harsh deserts, a palm-fringed coastline of the Indian Ocean, thick forests and a diverse ecosystem. 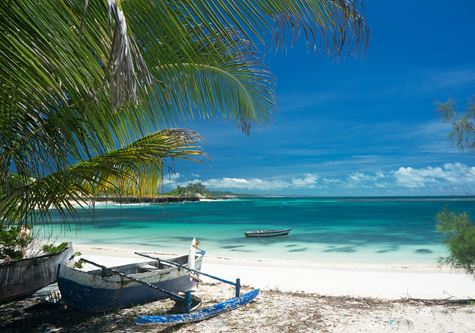 Madagascar
Madagascar acts as its own diverse biosphere with a myriad of animals that are unique to this region as well as being a region in which 5% of all known animal and plant species can be found here, and here alone. 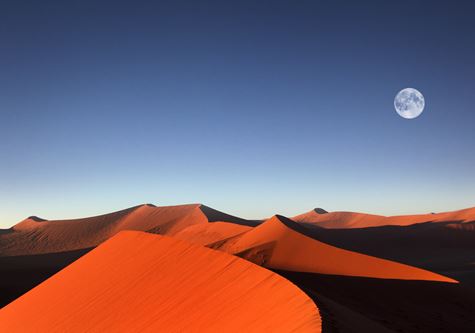 Namibia
Red undulating sand dunes with ripples and mountains loom over the Namibian desert. But it is the wildlife that really impresses here, Damaraland is a wonderful place to see desert-adapted elephants and lions. 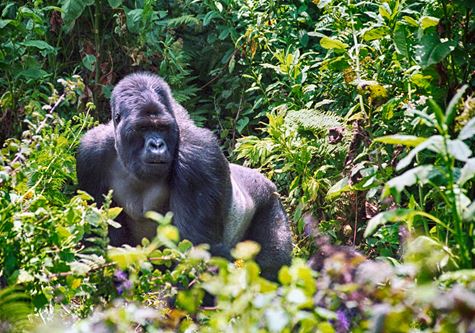 Rwanda
Endless mountains, the Virunga Volcanoes, bamboo forests and the worlds last remaining gorillas. Rwanda is a country teeming with serenity and beauty. Visit the shores of Lake Kiva to see the best beaches of Rwanda. 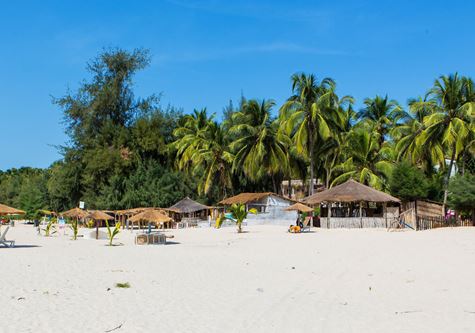 Senegal
Senegal enjoys a warm climate all year round and has an abundance of rivers, fresh lakes and beautiful, golden beaches with swaying palms and warm waters. 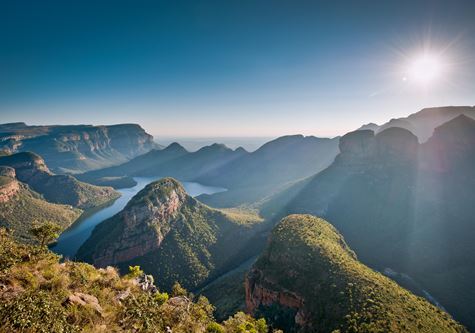 South Africa
South Africa offers the diverse landscapes from the Kalahari dunes, white sand beaches and lush mountains as well as a huge range of wild animals that you can see in their natural habitat on safaris. 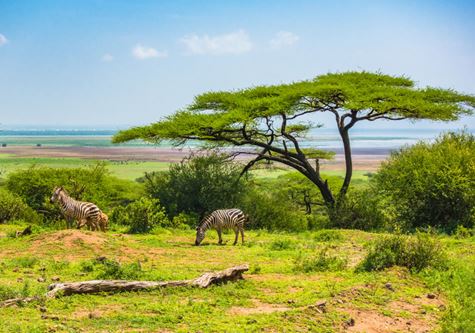 Tanzania
Elephants wander along seasonal migration routes and chimpanzees swing through the treetops in Tanzania. The energetic wildlife and abundance of national parks make this the perfect place for a safari. 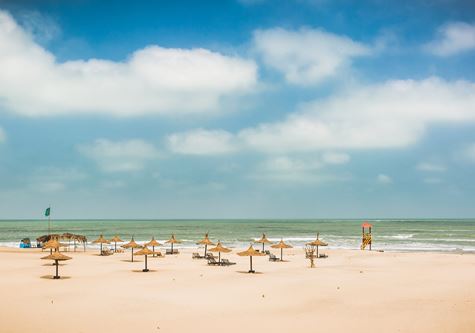 The Gambia
The Gambia is known as the ‘Smiling Coast of Africa’ because of its irrepressibly friendly inhabitants. It’s the smallest nation on the African continent - smaller than Yorkshire - and completely surrounded by Senegal. 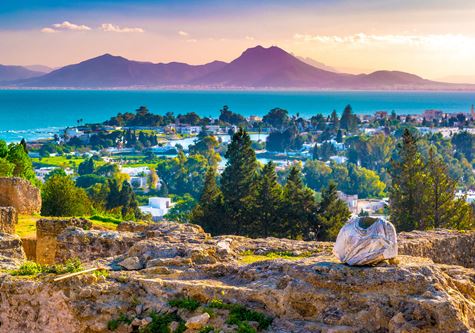 Tunisia
It may be but a slim wedge of North Africa’s vast horizontal expanse, but Tunisia has enough history and diverse natural beauty to pack a country many times its size. 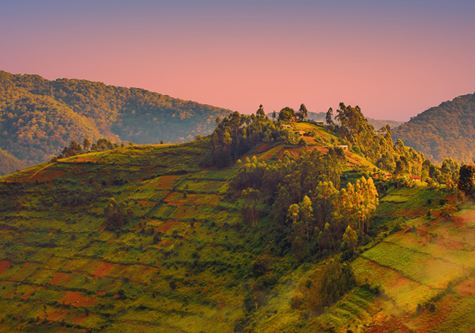 Uganda
Uganda has a lot to offer tourists, it is home to Africa's tallest mountain range (the Rwenzoris), the source of the Nile and the continent's largest lake. 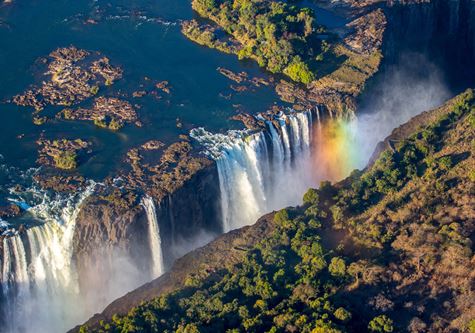 Zambia
Zambia is its inhabitants, rural villages, Lions, Leopards, Elephants, Giraffes and waterfalls, Zambia is a mesmerising country of beauty and life. Here you can explore Victoria falls, by swimming right up to the edge of the drop, visiting South Luangwa National Park for snapshots of elusive animals or cruise along the Zambezi river. 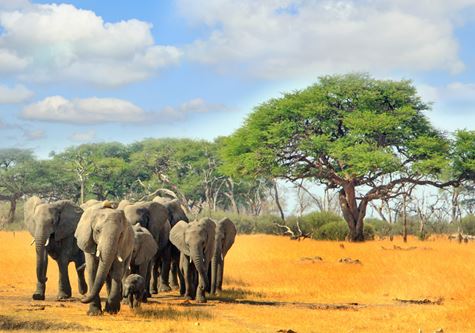 Zimbabwe
Zimbabwe is where nature roams free in the unspoiled dramatic African landscapes which are filled with an array of animals including Lions, Elephants, Buffalo, Leopard, and Rhinoceros. 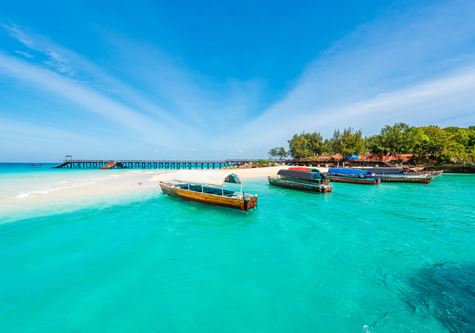 Zanzibar
Explore the tropical paradise Zanzibar, enjoy its white-sand beaches and its dive into its colourful marine life.