Your ultimate travel guide to the weather of Asia. Find out the best time to visit each country.

Are you dreaming of discovering the rice fields of Vietnam, uncovering the mystical secrets of Cambodia’s Angkor, walking on the Great Wall of China or exploring the vibrant Tokyo in Japan? If so, take a look at our quick and useful guide of Asia and find out when is the best time to visit each destination on this exotic continent. 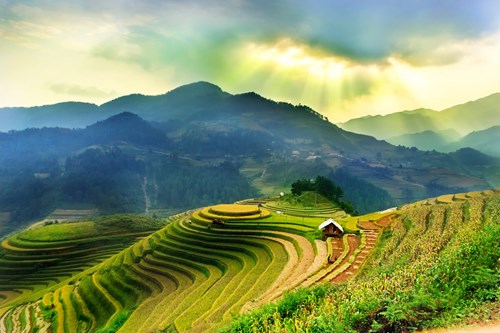 Overall the best time to visit beautiful Vietnam is spring – from February to April and autumn – from September to November. You will enjoy moderate temperatures and less rainfall. Nevertheless, the country is quite big and the climate of South Asia is different from the one in the North, so the best thing would be to simply ask your travel adviser. The average temperatures vary from 20°C to 40°C. 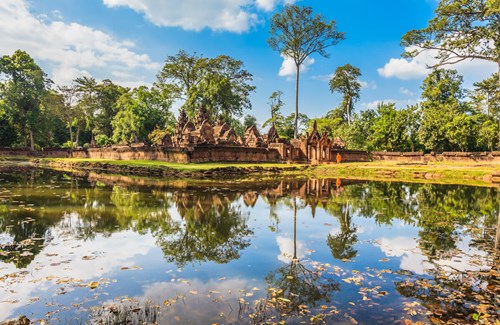 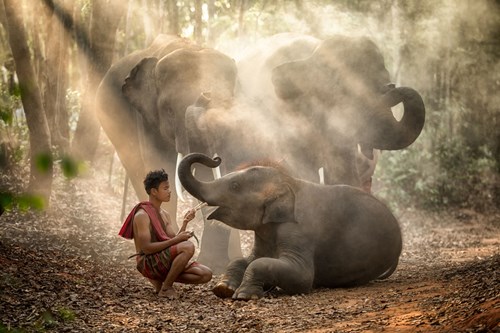 Thailand has warm year-round temperatures hovering between 18 °C and 35°C. The central and southern parts of the country have a typical tropical climate, whereas the north depends more on the monsoon. The coldest months are usually between December and February and the hottest ones are April-June. The south-eastern coast of Thailand is a good beach destination during the majority of the year with the lowest rainfall in January and February. The southwestern coast is good for diving and snorkelling and is best experienced during the winter months. 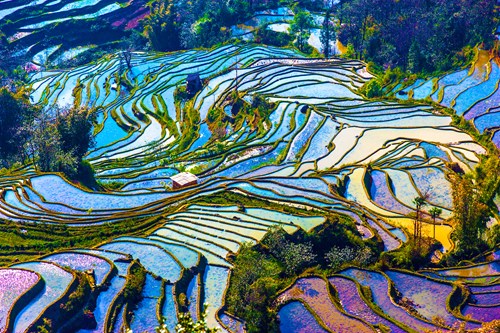 Overall China is a good year-round destination with the best time to visit considered to be in the spring - April and May and the autumn - September and October. During the spring months, the weather is very favourable for exploration and the temperatures average between 10°C and 23°C. The rain season is usually in the summer, which makes this time of the year perfect for exploring the south of China and the impressive rice fields of Guilin and the Yellow Mountains. The summer also offers the most things to do in China and is ideal for discovery tour to Tibet. The autumn is considered to be the best time to visit the country due to its low rainfall and very pleasant temperatures. 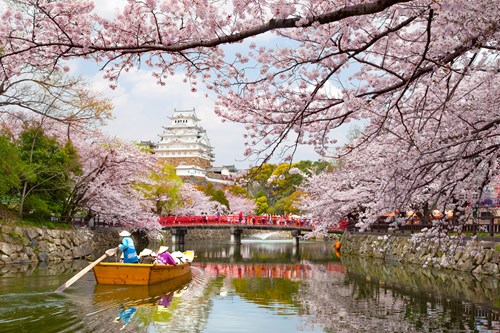 Japan generally has four well-distinct seasons – spring, summer, autumn and winter. Overall the best times to visit Japan are considered to be from March to May and from September to November. During these months there is little rainfall, the temperatures are mild and the famous cherry blossoms occur during the spring. The best time to experience the marvellous blossoms in Tokyo and Kyoto is the last week of March and the first week of April. The autumn foliage in Japan is also spectacular and worth seeing in person. The so-called “Golden Week”, full of public holidays, festivals and cultural events happens at the end of April and beginning of May each year. The summer of Japan is tropical with high temperatures and rainfall, especially in June. 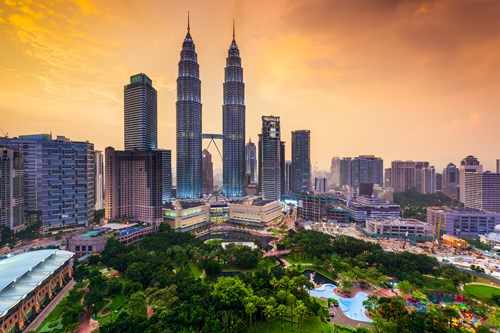 Overall the best time to travel to Malaysia is considered to be November to March when there will be the least amount of rainfall in the most popular tourist destinations. The weather is wet and humid year round. The west coast’s rainy season is from April to October when powerful thunderstorms occur often but are usually brief. The rainy season of the east coast lasts from November to February and as heavier rainfall than the west coast, which is why it is best not to visit Malaysia’s east coast during this time of the year as many of the accommodations and beaches will be closed and reopen in March. 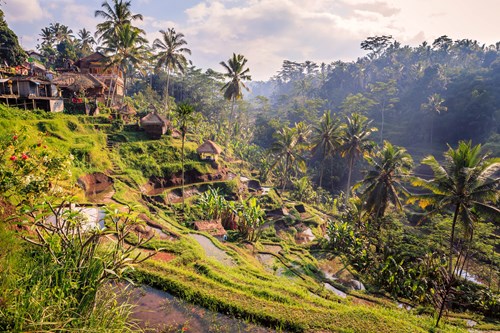 The dry season in Indonesia spans from May to September and this is the most popular time to visit the exotic country. The wet season is between October & April, with rainfall occurring in short, heavy bursts. There are some regional exceptions and north Sulawesi experiences some rain in June & July. Temperatures remain fairly constant year round with averages of 28°C throughout the region. The best time to visit the beautiful island of Bali is usually May, June and September. 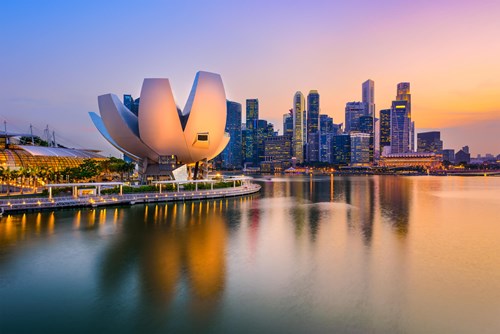 True to its location in Southeast Asia, Singapore generally remains hot and humid all year round.  While tourists visit throughout the year, the festive season July - September is a great time to explore the many facets of Singapore, especially around July when the Great Singapore Sale and the Singapore Food Festival take place. The months between February and April are quite pleasant with plenty of outdoor activities. The wettest months are between November and January when showers can last for long periods of time. The hottest months of the year are usually May and June. 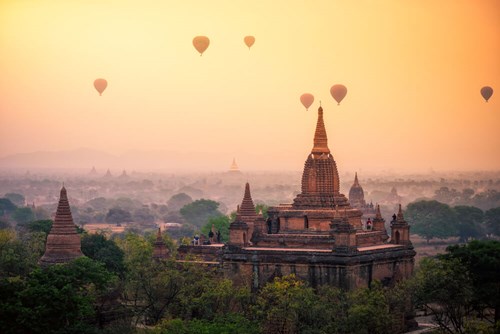 Myanmar has a tropical climate, with the southwest monsoon bringing rain from May to October. Roads can become impassable, particularly from July to September. The central plains, however, receive only a fraction of the rain seen on the coast and in the Ayeyarwady delta. From October onwards the rains subside; the best time to visit most of Myanmar is from November to February when temperatures are relatively manageable. From March to May, the country becomes very hot, particularly the dry zone of the central plains where Bagan and Mandalay often see temperatures in excess of 40°C. 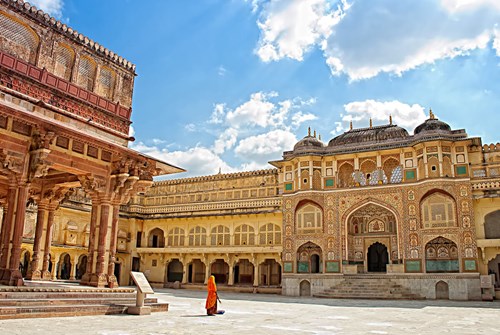 The best time to visit India is from October to March. Delhi, Agra, Varanasi, Rajasthan and Madhya Pradesh are ideal at this time, and temperatures in Goa and central India remain comfortable. Nevertheless, India is large with extremely diverse weather patterns, so it would be best to ask your travel advisor for the best time to visit depending on your destination. The Himalayas stop cold winds from reaching most of India so winters remain warm and summers can get very hot. The majority of India is tropical and is affected by three main seasons; summer, winter and monsoon. The best time to go trekking in the Himalayas is usually August and September. 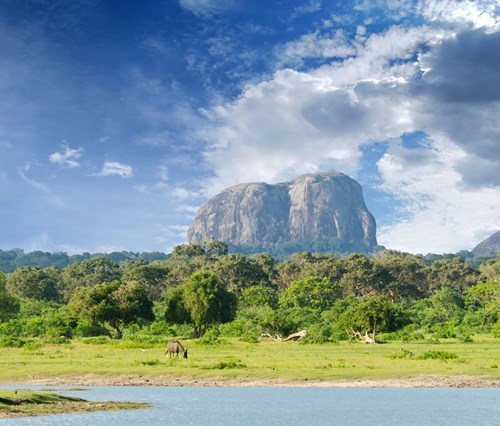 The weather in Sri Lanka’s is rather complicated for such a small country. This is due to the fact that the island is affected by two separate monsoons, the presence of which will play a factor in deciding when to go to. If you’re heading to the west and south coasts and hill country, December to March is the best time to visit Sri Lanka. If you plan on seeing the east coast, you’ll get the best weather from April/May to September. Coastal and lowland areas enjoy average daytime temperatures of around 26–30°C. During the hottest part of the day, they can often climb up well into the 30°Cs. Humidity can rise to a sweltering 90% at times in the southwest, and averages 60 to 80% across the rest of the island

Feeling inspired to visit Asia? Take a look at our escorted holidays to Asia by clicking here or simply call free on 0800 707 6229 and our friendly travel experts will plan everything for you.